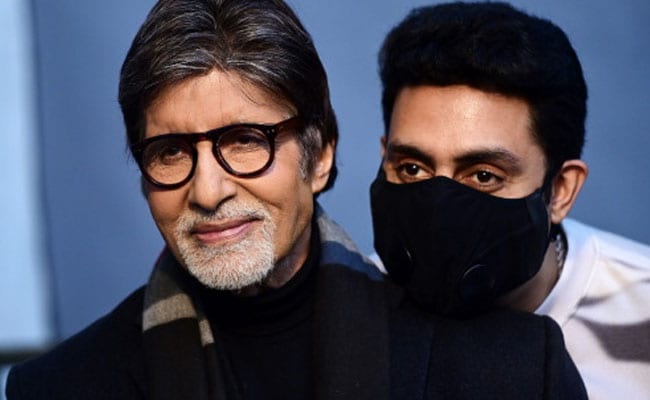 What happens when Amitabh Bachchan and Abhishek Bachchan shoot in sets adjacent to each other’s? Abhishek drops by to visit his dad and then they have a photoshoot. Something similar happened recently. On his official blog, Big B shared a bunch of photos with Abhishek Bachchan and wrote: “There is nothing quite as satisfying than the son visiting the set and to know he is also working his shoot next door.” Amitabh Bachchan, along with Abhishek and Aishwarya, had tested positive for the coronavirus in August. They have recovered since then and have resumed work. Big B converted one of the photos into a then-and-now post on Instagram. He added a throwback photo of Abhishek, as a baby, visiting Big B on the sets.

Abhishek Bachchan will soon be seen in Netflix film Ludo, which releases on November 13. He also has The Big Bull lined up for release on Disney+Hotstar. Abhishek’s upcoming list of films include Bob Biswas and Gulab Jamun.