Preparations for an event of some sort are full steam ahead at Vastu, the Mumbai apartment block where actor Ranbir Kapoor lives, presumably for his wedding to Alia Bhatt that both refuse to confirm dates for. Ranbir and Alia are reportedly getting married this week and Vaastu is supposedly one of the venues, perhaps even the venue for the wedding itself. It was certainly a busy Monday morning at Vaastu; cameras captured a flurry of activity that included a truck being unloaded and tables being carried in as well as other materials used in setting up events. 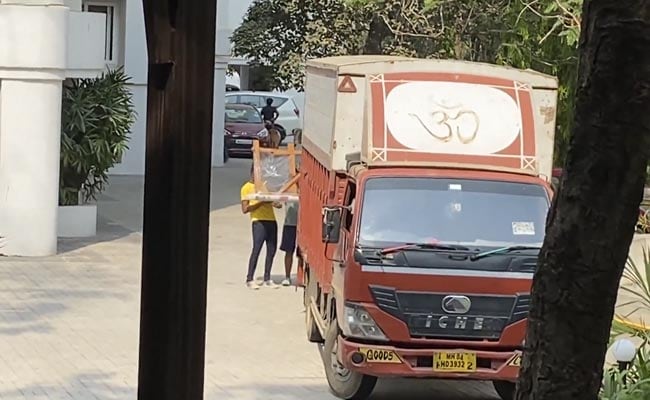 A truck being unloaded at Vaastu 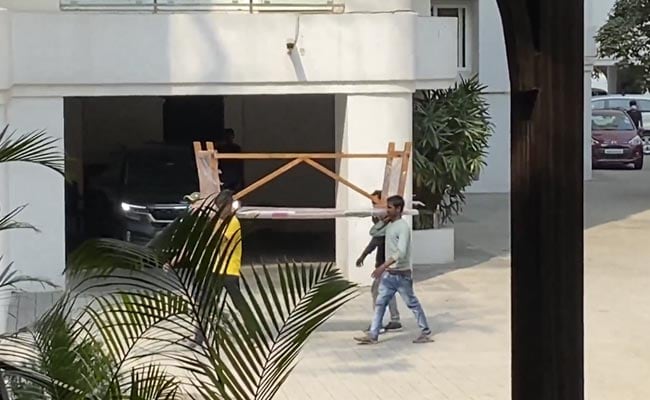 A table being carried in An event being set up at Vaastu

Over the weekend, RK Studios in Chembur was decorated with lights. The gates were lit up as well as the trees in front. RK Studios, where Ranbir’s parents Rishi and Neetu Kapoor got married in 1980, is reportedly where the mehendi and other wedding festivities will be held. RK Studios, all lit up

Ranbir Kapoor and Alia Bhatt have been refreshingly candid about their intent to marry; unsurprisingly, however, they have not revealed dates or confirmed rumours that the wedding is this week. Various reports place the wedding date on April 14, 15 and 16. Festivities will reportedly begin with a mehendi on April 13.

Alia Bhatt’s wedding lehenga has reportedly been designed by Sabyasachi – no surprises there either.

A grand reception is reportedly scheduled for April 17 at the Taj Mahal Hotel in Mumbai; Alia’s Dear Zindagi co-star Shah Rukh Khan is reportedly on the guest list as is Ranbir’s ex Deepika Padukone who is very good friends with the couple and has been spotted on holiday and at parties with them.

Ranbir Kapoor recently told NDTV, “Alia and I have all intentions of getting married.”

Alia Bhatt and Ranbir Kapoor began dating on the sets of Brahmastra, their first film together. They appeared as a couple at Sonam Kapoor’s wedding reception in 2018. Brahmastra will release in September this year.