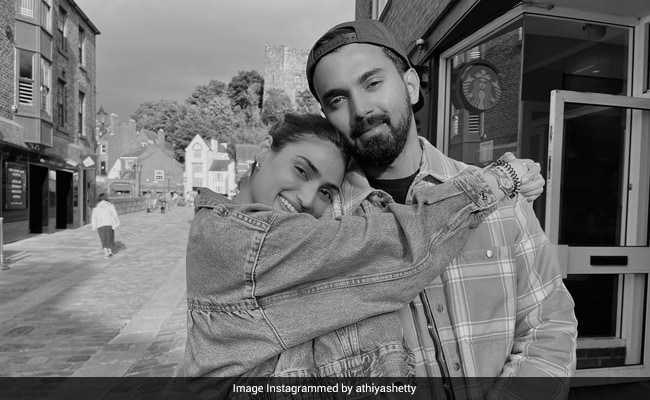 Suniel Shetty’s daughter Athiya Shetty has been in the news of late due to personal life. The actress, who is dating Indian cricketer KL Rahul, is reported to be moving in with her boyfriend post their rumoured wedding. Also, reports suggested that they have booked an entire floor in an under-construction building in Bandra. Now, reacting to it, Athiya, in an interview with Times of India, said that she would be moving in with her parents in a new abode. For the uninitiated, the Mubarakan actress lives with her parents Suniel and Mana and brother Ahan Shetty at their Altamount Road home in South Mumbai.

“I am not moving in with anyone, but my parents! My family and I will be staying in this brand new home,” Athiya Shetty told the Times of India.

When asked about her rumoured wedding, Athiya Shetty said, “I am not answering any of these questions. I am tired of all this, now I only laugh them off. Let people think whatever they want to.”

Athiya Shetty also opened up on her upcoming projects and said that soon there would be an announcement. “I am working on two projects currently, and the announcements may happen soon. One is a film that will have a theatrical release, while the other might head to OTT. We are not sure yet about the latter right now.”

Meanwhile, on the work front, Athiya Shetty made her debut alongside Sooraj Pancholi in 2015 with the movie Hero. Last, she was seen with Nawazudin Siddiqui in Motichoor Chaknachoor.