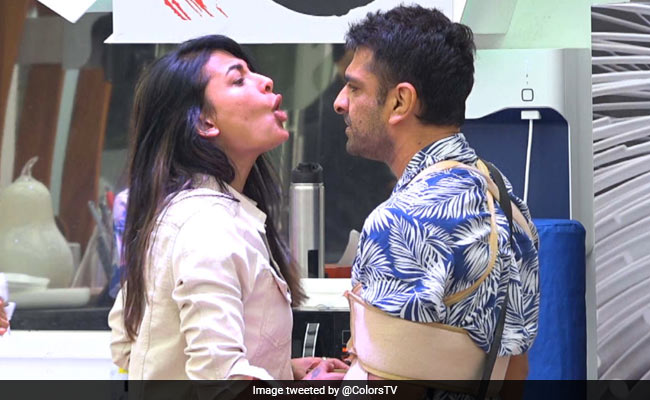 The major highlights of tonight’s episode of Bigg Boss 14 were Eijaz Khan and Pavitra Punia’s fight and Ali Gony’s entry in the house. Pavitra and Eijaz, who were once trending because of their close relationship in the house, have now become each other’s enemies. Their fight got worse in tonight’s episode, where Pavitra pushed Eijaz and according to him, also called him names. She believes she is the reason Eijaz won the captaincy task last week. Their fight started when Pavitra was cleaning the hall and got violent later, following which Jasmin and Nikki Tamboli tried to stop them. During their fight, Pavitra even called Eijaz a ‘chameleon’.

The scene inside the house changed when Ali Gony, who is rumoured to be dating Jasmin Bhasin, entered the house as a new contestant. Jasmin’s happiness knew no bound when she saw him on the other side of the glass barrier. She started crying. Bigg Boss informed the other contestants that Aly will not enter the house for now and will stay in a room, from where he will talk to other housemates through the glass door or over the phone.

Later in the day, Aly tried to connect with other housemates by discussing their issues inside the house. He separately talked to Pavitra Punia and Eijaz Khan about their fight. Eijaz told Aly that he will never explain his actions to anyone, even if that person is Pavitra.

Around evening, Bigg Boss introduced a new captaincy task. For the task, the Bigg Boss was turned into a solar system. The contestants in the green zone were asked to act as planets revolving around the orbit on the buzzer, while the ones in the red zone were asked to push the planets out of the orbit one by one. The one to fall on the ground during the task will be out of orbit and out. Rahul Vaidya, Naina Singh were selected as the moderators.

Mukesh Khanna Announces Shaktimaan Trilogy, Will Be “Bigger Than Krrish”