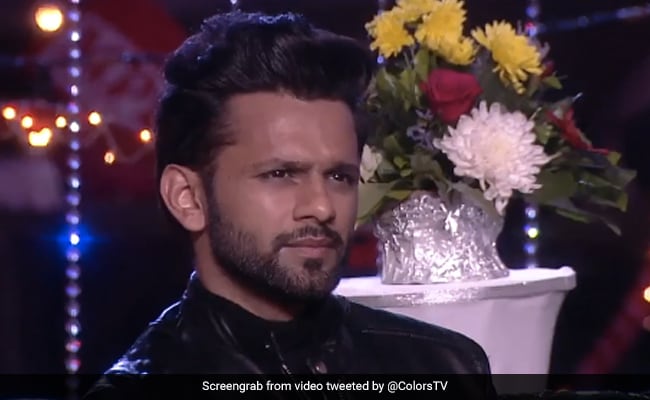 Rahul Vaidya in a still from Bigg Boss 14

Ahead of the Bigg Boss 14 finale, a new promo offers a glimpse of show host Salman Khan’s conversation with Rahul Vaidya. The promo begins with Salman asking Rahul Vaidya that while all the other contestants seem “desperate” to win Bigg Boss 14, why does Rahul lack the zeal? In his defense, Rahul said that just because he took it a little easy in the boat task doesn’t mean that he is not looking forward to the Bigg Boss 14 trophy. Taking about the task, Rahul Vaidya said his “disappointment” dampened his spirits.

On Friday’s episode of Bigg Boss 14, all the housemates except Eijaz Khan expressed that Rahul should leave the house even before the finale and nominated him during the task. Rahul was targeted by all the contestants for his rude behaviour towards Rubina and Nikki and he was criticized for appearing to disrespect women on the show.

In the promo, Salman asked Rahul if he would like to leave the show voluntarily if given a choice. Rahul said he wouldn’t mind taking the exit door as he has been missing his family. Rahul appeared on the verge of breaking down and clarified that his performance in the task isn’t a sign that he is not interested in winning. When he said he wants to elaborate on his point, Salman cut him short and said: “There’s no need. Please leave the house.”

Catch it before TV on @VootSelect.#BiggBoss2020#BB14#WeekendKaVaarpic.twitter.com/J66nPEshoU

On Friday’s episode of Bigg Boss 14, the contestants were left shocked when told that they are just one day away from the finale.

‘KBC 12’: Big B Was Inspired By This Contestant’s Journey