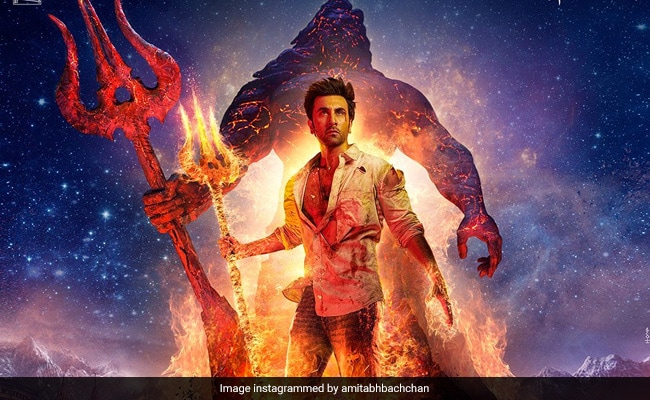 After a long wait, the makers of Brahmastra unveiled the motion poster of the film with Ranbir Kapoor and Alia Bhatt at a live event in Delhi on Wednesday and we are beyond thrilled. Ranbir Kapoor plays the protagonist Shiva who identifies his superpower – the power of fire – and sets on a journey to save the universe from Brahmastra. The film is set in contemporary India, where a secret society known as the Brahmansh have guarded Astras that were created in ancient India thousands of years ago. One of them, the Brahmastra, is now waking up and it threatens to destroy the universe. Now, the responsibility falls on Shiva’s shoulders to identify the great power within him and protect the universe. Alia Bhatt plays the role of Shiva’s love interest in the film.

Sharing the motion poster, Ayan Mukerji wrote: “Hope you like it! Give us your Love, and your Light!”

During the poster launch event, Ayan Mukerji said that the team wanted the fans to be a part of the film so they went for a fan event. He even revealed why the number ‘9’ is special for the film – Brahmastra will release on September 9 next year.

Brahmastra is a fantasy trilogy produced by Karan Johar’s Dharma Productions. The film will release in Hindi, Tamil, Telugu, Malayalam and Kannada.

Amitabh Bachchan also shared the poster and wrote: “Get ready! The date is set! Brahmastra Part One: Shiva is coming on 09.09.2022.”

The second and third parts of Brahmastra will reportedly release in 2024 and 2026.