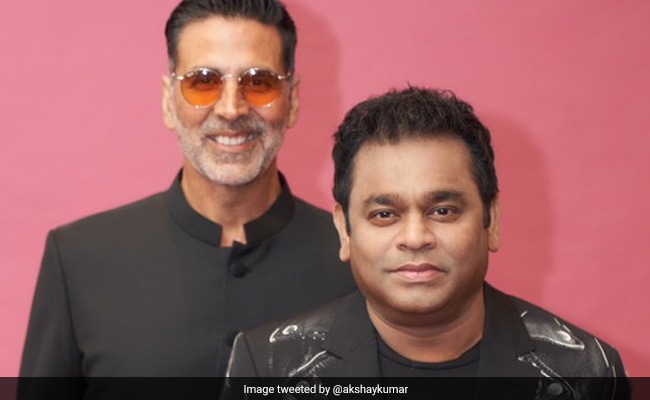 Bollywood superstar Akshay Kumar, music maestro A R Rahman, filmmaker Shekhar Kapur, and actor Pooja Hegde are among the film personalities who will walk the red carpet on the opening day of the 75th Cannes Film Festival as part of the Indian contingent. Last week, India was announced as the official ‘country of honour’ at the Marche’ Du Films also called Cannes Film Market, which is held on the sidelines of the Cannes Film Festival, which begins May 17.

The red carpet event at the 75th Cannes Film Festival will be a gala event for Indian audiences, a press release issued by the Ministry of Information and Broadcasting on Tuesday stated.

Union Minister for Information and Broadcasting Anurag Thakur will lead the delegation from India to Cannes. Renowned folk singer Mame Khan, actors Nawazuddin Siddiqui, Nayanthara, Tamannaah Bhatia and Vani Tripathi, two-time Grammy winning composer Rickey Kej, and CBFC chairman Prasoon Joshi are also part of the Indian contingent to the festival, billed as one of the most prestigious film galas across the globe.

Actor R Madhavan, whose directorial debut Rocketry: The Nambi Effect is set to have its market screening on May 19, will also walk the red carpet at the gala.

Bollywood star Deepika Padukone is part of the eight-member competition jury of the Cannes Film Festival along with prestigious names such as actor-filmmaker Rebecca Hall and Iranian filmmaker Asghar Farhadi.

Delhi-based filmmaker Shaunak Sen’s documentary All That Breathes, India’s sole cinematic representation at the main festival, will premiere in the ‘Special Screening’ segment at the gala.

At the movie gala, a brand new restoration of master filmmaker Satyajit Ray’s rare movie Pratidwandi will also be presented in an exclusive screening. Pratidwandi has been restored under the National Film Heritage Mission, a project undertaken by the Ministry of Information and Broadcasting.

The minister had earlier announced that India is also the ‘Country of Honour at the Cannes Next’, under which five new start-ups would be given an opportunity to pitch to the audio-visual industry.

Cannes Film Festival will come to a close on May 25.