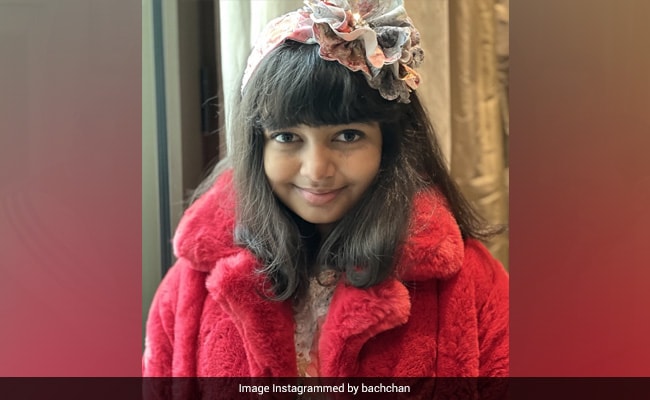 Aaradhya’s mom Aishwarya Rai Bachchcan wished the birthday girl by sharing this picture and she wrote: “My love…My life…I love you my Aaradhya.”

Abhishek Bachchan and Aishwarya Rai Bachchan welcomed their daughter Aaradhya in 2011. The actors worked together in films like Umrao Jaan, Guru, Kuch Naa Kaho and Raavan and they got married on April 20, 2007.

In terms of work, Abhishek Bachchan was last seen in the second season of Amazon Prime Video’s Breathe: Into The Shadows . Earlier this year, he starred in Dasvi, co-starring Nimrat Kaur and Yami Gautam. He will also star in Ghoomer, for which he began shooting on his birthday this year.