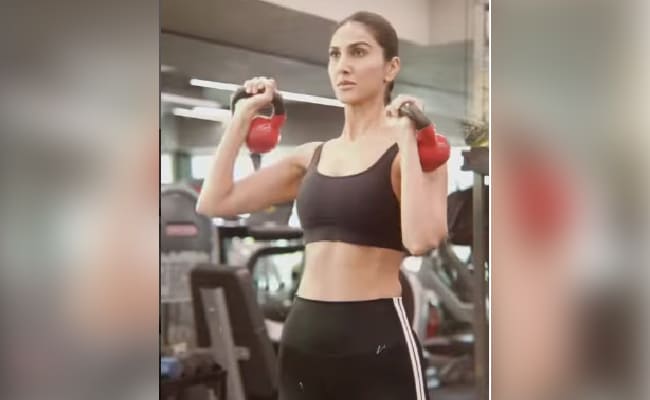 Vaani Kapoor is one of the fittest actresses in Bollywood today and for good reason. In addition to her acting skills, Vaani is known for her dancing talent and sculpted physique. And, the secret to her toned abs? A lot of exercise and gym time. Proving this, the actress on Monday, dropped the perfect workout video. In it, she is pulling off a bunch of complicated exercises with ease. In the caption, Vaani wrote, “Dear fat, prepare to die. XO, me.” She added the hashtag “Monday motivation.” Fans have praised her dedication and fitness levels in the comments section and also dropped heart and fire emojis.

A few days ago, Vaani Kapoor shared a picture of herself lounging on a sofa with a book in hand. And, like a true bibliophile, she declared in the caption, “If you don’t like to read, you haven’t found the right book.”  Replying to the post, Anushka Ranjan said, “Love this,” with a heart emoji.  Actress Raashii Khanna wrote, “So right” and added a heart emojis.

Recently, Vaani Kapoor also shared a throwback picture and explained just how badly she misses the beach. In the photo, the War actress is dressed in a blush pink cutout swimsuit. Sharing the pic, Vaani wrote, “Currently missing,” with a Sun emoji. She also added the hashtag “throwback”. Actress Raashii Khanna dropped a comment, “Fire,” with a flame emoji.

Vaani Kapoor was last seen in Chandigarh Kare Aashiqui. Her next project is Shamshera with Ranbir Kapoor.