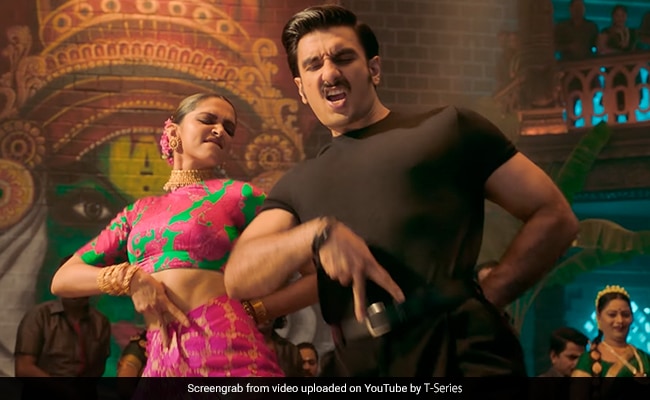 Deepika and Ranveer in Current Laga Re. (courtesy: YouTube)

The makers of Cirkus released the first track from the film on Thursday and it is an absolute treat. The track titled Current Laga Re features star couple Ranveer Singh and Deepika Padukone dancing their hearts out. The track begins with Deepika Padukone ruling the dance floor matched by Ranveer Singh’s energy and the star couple’s electrifying chemistry. What’s not love? The track has been sung by Nakash Aziz, Dhvani Bhanushali, Jonita Gandhi, Lijo George. Th Tamil rap is by Vivek Hariharan. The song has been composed by Lijo George – Dj Chetas. The lyrics are by Kumaar and the Tamil rap lyrics are by Hari.

Check out the song Current Laga Re here:

Deepika Padukone and Ranveeer Singh simply shared the track on social media and they both captioned the song: “Current Laga Re #CirkusThisChristmas.”

Cirkus is Ranveer Singh’s third collaborative project with Rohit Shetty. The duo first worked together in the 2018 film Simmba. They also collaborated for Sooryavanshi, in which Ranveer had an extended cameo. The film featured Akshay Kumar and Katrina Kaif in the lead roles. Cirkus will be filmed across Mumbai, Goa and Ooty. The film has been be co-produced Rohit Shetty, Bhushan Kumar and Reliance Entertainment.