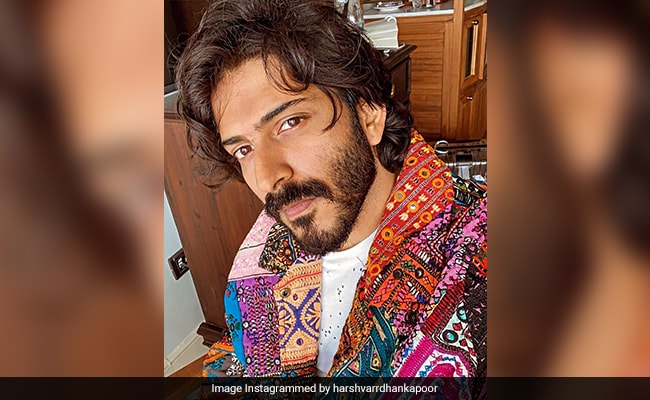 Actor Harsh Varrdhan Kapoor began trending after a bit from his recent interview with Mashable India’s The Bombay Journey went viral. Harsh Varrdhan, son of actor Anil Kapoor, during the interview, stated that he was trying to buy a pre-owned Lamborghini that cost Rs 1 crore instead of purchasing a brand new one that would cost him about Rs 3 crores. The actors comment about “the sad reality” of his life and his parents not paying for his purchases did not go down well with a section of the Internet. During the interview, the actor said, “I hate to break it to the audience, but the reality is that my parents have no interest in paying for my sh**. So, I wish you all were right and I was wrong. I would have had ten times more than what I have but I buy my own stuff. It’s the sad reality of my life. Otherwise, you don’t think I would have had five cars as opposed to just one. You don’t think I would have had 30 watches. It doesn’t work like that.”

Here are some tweets:

I want to break it you people like #HarshVarrdhanKapoor that my family doesn’t support me financially. I have to buy a pre-owned cycle for 2k rather than 10k

Can we raise some money for #HarshVarrdhanKapoor ?

This tweet was with reference to the statement actor Ananya Panday made during Rajeev Masand’s talk show The Newcomers Roundtable 2019, where she said, “My dad (Chunky Panday) has never been in a Dharma film, he never went on Koffee With Karan. So, you know it isn’t as easy as everyone says it is. Everyone has their own journey.” To which Siddhant Chaturvedi replied: “I think everybody has their own struggle. Sabka struggle alag hota hai. Difference yahi hai ki jahaan humare sapne poore hote hain, wahan inka struggle shuru hota hai (Everybody has their own struggle. The difference is where our dreams come true, their struggle begins).”

Harsh Varrdhan Kapoor is the son of veteran actor Anil Kapoor and jewelry designer Sunita Kapoor. His sister Sonam is a Bollywood actor, while his other sibling Rhea Kapoor is a film producer and entrepreneur.

Harsh Varrdhan made his Bollywood debut with the film Mirzya and he is best known for starring in films like Bhavesh Joshi Superhero and AK vs AK. He was also a part of the Netflix anthology Ray, which was directed by Vasan Bala. The actor was last seen in Netflix’s Thar, co-starring dad Anil Kapoor and actor Fatima Sana Shaikh. Harsh Varrdhan will next be seen in the untitled biopic on Abhinav Bindra.