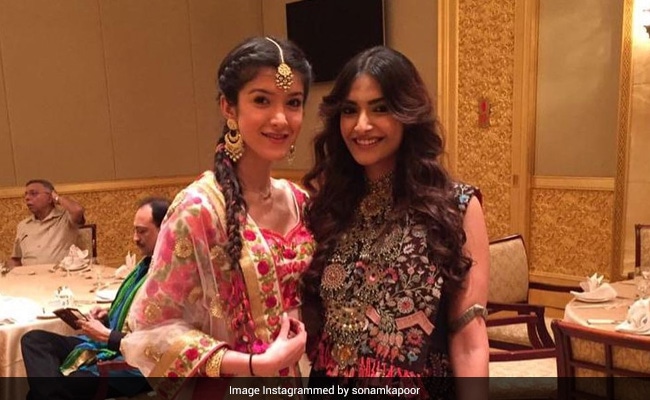 On Shanaya Kapoor’s 21st birthday, her friends and family members shared birthday greetings for her on social media. Shanaya’s cousin Sonam Kapoor shared a super cute wish for her on her Instagram profile and she wrote in her caption: “Happy, happy birthday my beautiful Shanaya, I miss you being my chipku. You are a ray of sunshine and sparkle and… Also an adult. Love you.” Meanwhile, Shanaya’s father and actor Sanjay Kapoor wrote: “Happy birthday my love. Can’t believe you’re 21, time really flies, have a great year and a super life ahead, we are so proud of you. Can’t believe I have missed your birthday first time in 21 years but the show must go on and I am so glad you understand that.”

Shanaya’s BFF and actress Ananya Panday shared a happy picture with the birthday girl and she wrote: “Happy 21st birthday to my soul sister. ILY Shanicakes.”

Shanaya Kapoor is the daughter of Maheep and Sanjay Kapoor. She has not revealed her plans to join Bollywood as an actor yet. She stepped into the Indian film industry as an assistant director. Her first project was Gunjan Saxena: The Kargil Girl, which starred her cousin Janhvi Kapoor in the lead role.

Shanaya Kapoor made her grand debut at Le Bal in 2019, a high profile fashion event held annually, as a part of which young women from reputed families around the world, escorted by chosen cavaliers, make their social debuts in couture ensembles. Shanaya was accompanied by her parents at the gala.

Malaika And Arjun Are Holidaying At This Beach Destination With Friends