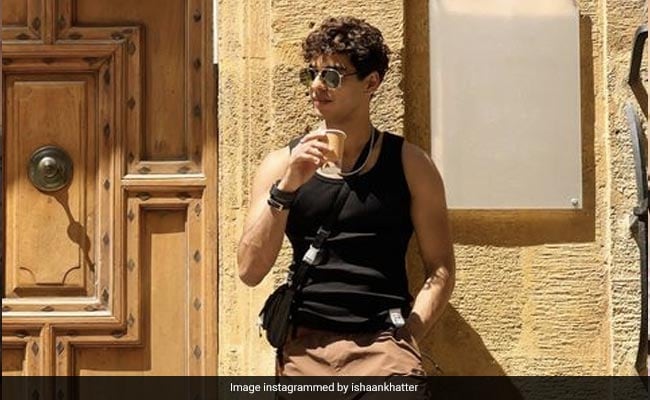 Ishaan Khatter is a new internet sensation who never fails to impress his fans more with his dashing pictures. Recently, the actor shared some uber-cool photos from his Europe diaries, and we are in awe of it. In the post, Ishaanis posing against the wall in Aix-en-Provence, France, in a black muscle t-shirt paired with brown cargo pants. He completed his look with a silver chain and sunglasses. Sharing the post, he wrote “J’aime le café”. Soon after he shared the post, his sister-in-law Mira Rajput commented, “Same pants same pinch”.

Ishaan Khatter is currently having the time of his life with his brother Shahid Kapoor, Kunal Kemmu and others. The actor is biking around in France and has shared several glimpses on his Instagram handle. On Wednesday, he shared a picture of himself with Shahid and Kunal on his Instagram stories. 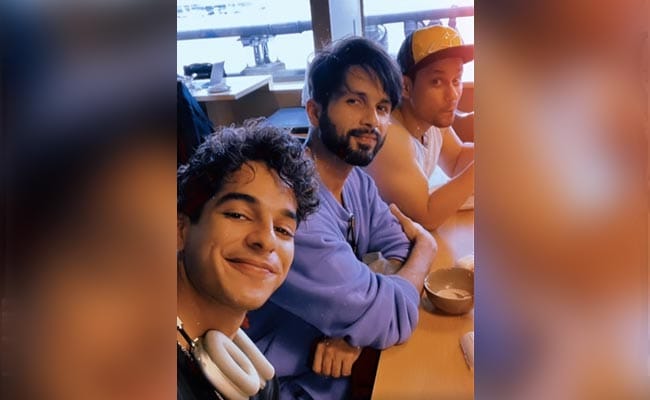 Earlier, he shared an uber picture with Shahid Kapoor and Kunal Kemmu and captioned it as, “I feel the need. The neeeeeed for speeeeeeeed aaaaaooooooooooooo”

Meanwhile, Kunal Keemu has also shared a new picture from their boys’ trip. Check out the post below:

On the work front, Ishaan Khatter has several films in her kitty – Phone Bhoot, co-starring  Katrina Kaif and Siddhant Chaturvedi and Pippa, based on the life of war veteran Brigadier Balram Singh Mehta. He, along with his siblings, fought during the Indo-Pakistan war of 1971. The film also stars Mrunal Thakur as his younger sister and Priyanshu Painyuli as his elder brother.