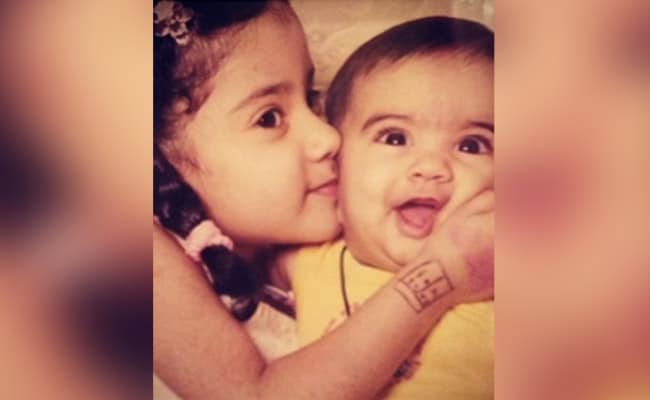 Janhvi Kapoor is missing her baby sister Khushi Kapoor, and to express her feelings, the actress has shared a major throwback picture of herself with little Khushi. The actress went down memory lane and dug out a childhood image from her archives. In the picture, Janhvi can be seen kissing Khushi. Sharing the photo on her Instagram stories, the Roohi actress wrote, “Miss giving you squeezies and huggies. I Miss You,” along with a crying girl gif. Janhvi and Khushi are sibling goals and often feature on each other’s Instagram profiles. 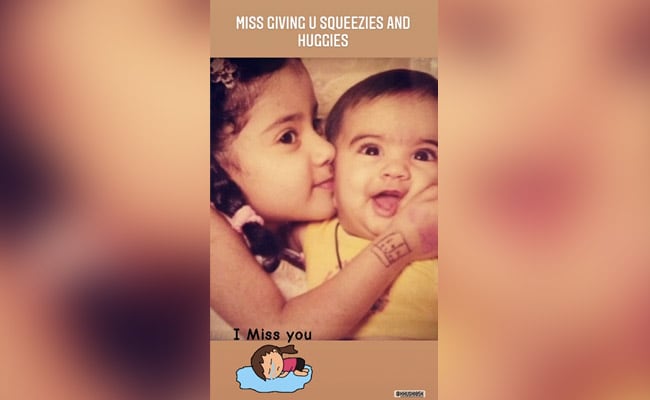 The Kapoor sisters often set the internet on fire whenever they feature in each other’s posts. A few weeks ago, Janhvi Kapoor shared an adorable picture with Khushi, wherein they were seen pouting. Sharing the picture, the actress wrote, “kissie kissie w my baby”. Soon after she shared the post, Khushi dropped a comment. She wrote, “Ilu”.

Meanwhile, on the work front, Khushi Kapoor is soon going to make her Bollywood debut with Zoya Akhtar’s The Archies. The movie also stars Shah Rukh Khan’s daughter, Suhana Khan and Amitabh Bachchan’s grandson, Agastya Nanda. The film will release on Netflix. Sharing the picture of the clapboard, Zoya wrote, “Back To The Future  #thearchies #supercalifragilisticexpialidocious @netflix_in @tigerbabyfilms @reemakagti1”

According to reports doing rounds, Khusi will be playing the role of Betty Cooper, while Suhana will feature as Veronica Lodge.

Talking about Janhvi Kapoor, she has several films in her kitty-Mr and Mrs Mahi with Rajkummar Rao, Bawaal with Varun Dhawa, Good Luck Jerry and Mili, a Hindi remake of the Malayalam film Helen.