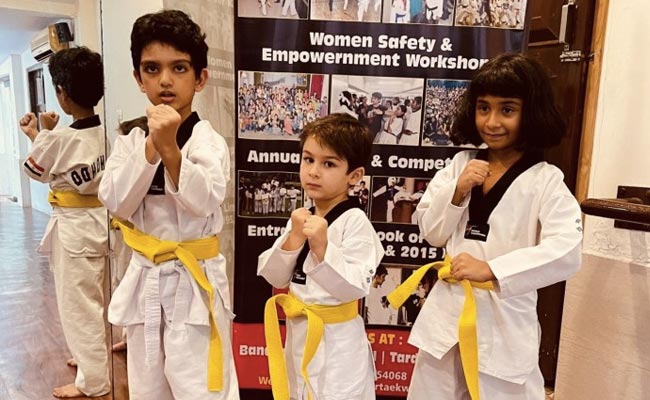 Kareena Kapoor has shared an adorable post featuring her son Taimur Ali Khan with his two friends. The actress has shared a picture on her Instagram stories and captioned it as “Go Go Go!”. In the photo, Taimur, director Nikhil Dwivedi’s son and their friend are posing for the camera in their Taekwondo uniforms. On Monday, the actress was also snapped with her husband Saif Ali Khan and Taimur at a Taekwondo meet- a belt promotion test. Check out the post below: 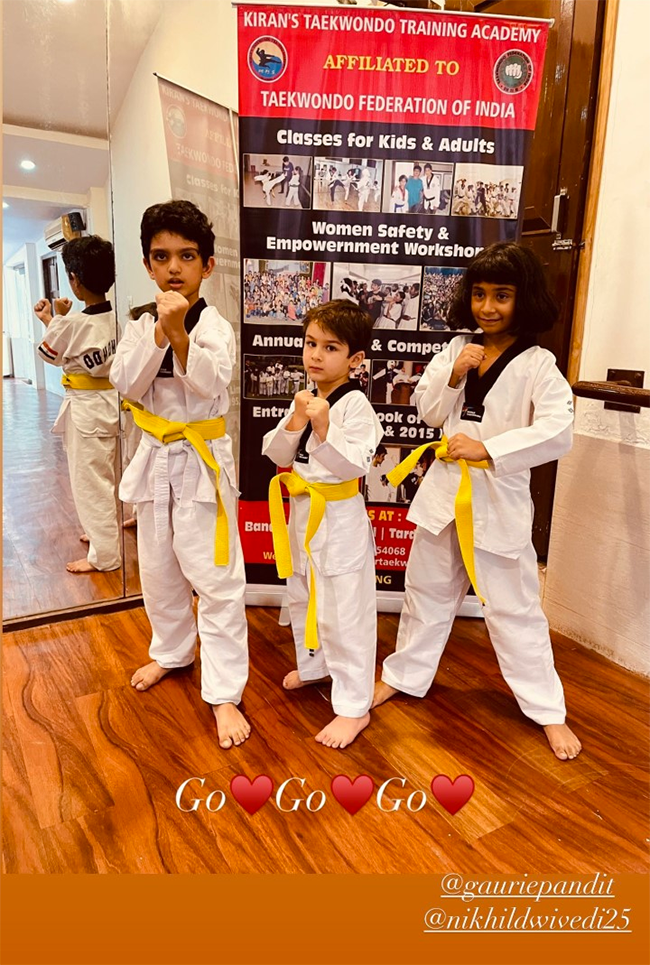 Here have a look at the video:

On the occasion of Mother’s Day, Kareena Kapoor shared two adorable posts on her Instagram handle. In the first post, the actress is enjoying with her cute babies, Taimur and Jeh. Sharing the post, she captioned it as “The length and breadth of my life. Happy Mother’s Day”

The next post features Kareena with her elder sister Karisma Kapoor and their mother Babita. Sharing the post, she captioned it as “The reason we are…” followed with a heart emoticon.

Earlier, speaking to Vogue, Kareena Kapoor said that Taimur is mini-Saif. She said, “Tim likes people. If there are people at home, he wants to be a part of it. Tim says, ‘Abba is my best friend. It’s wonderful and it’s also a silver lining in this pandemic that families have taken on a different prominence over the last year. We are very grateful that we’ve become closer as a unit.”

Meanwhile, on the work front, Kareena Kapoor is awaiting the release of her film Laal Singh Chaddha, co-starring Aamir Khan. Also, she will be soon making her OTT debut with Sujoy Ghosh’s next, co-starring Jaideep Ahlawat and Vijay Kumar. The movie is a Hindi adaptation of The Devotion of Suspect X.