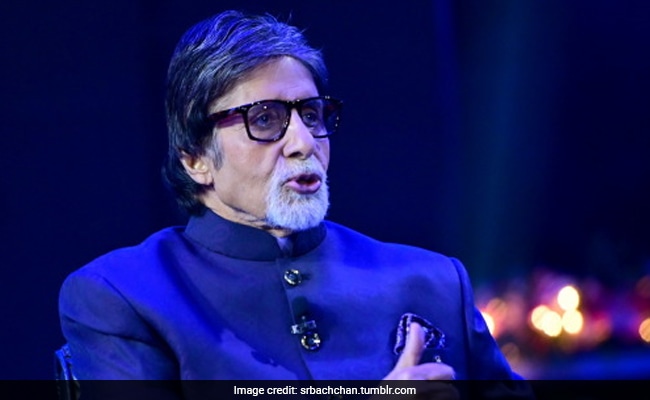 Tonight’s episode of Amitabh Bachchan’s quiz show Kaun Banega Crorepati 12 was entertaining in every way. From sharing emotional stories of their lives to performing their “victory dance” with Big B, the contestants set the mood right on the show. Amitabh Bachchan continued the show with yesterday’s roll-over contestant Rekha Rani, a 27-year-old Civil Services aspirant from Delhi. She played impressively on Tuesday’s episode without using any of her lifelines. On Wednesday’s episode, Rekha Rani revealed the financial difficulties her family faced during the coronavirus lockdown and how her friends, not relatives, helped her during the tough time. She took home the prize money of Rs 12,50,000.

The next contestant to make it to the hot seat was Hardik Patil, a 24-year-old businessman from Mumbai, Maharashtra. He impressed Amitabh Bachchan with his ideas on running a business. On a lighter note, Big B performed the trending floss dance with Hardik, who described it as his “victory dance.” Amitabh Bachchan also learned some new slang terms from him.

Meanwhile, also check out some of the questions asked on tonight’s episode of Kaun Banega Crorepati 12:

#Who has been the youngest and only the second woman to be awarded the Nobel Prize for Economics?

#According to the Puranas, Daksha Prajapati was the father-in-law of which god?

Diwali 2020: Pics From Mahesh Babu And Namrata’s Outing With Family

‘Bell Bottom’ Teaser: Akshay In A Thrilling “Throwback To The 80s”