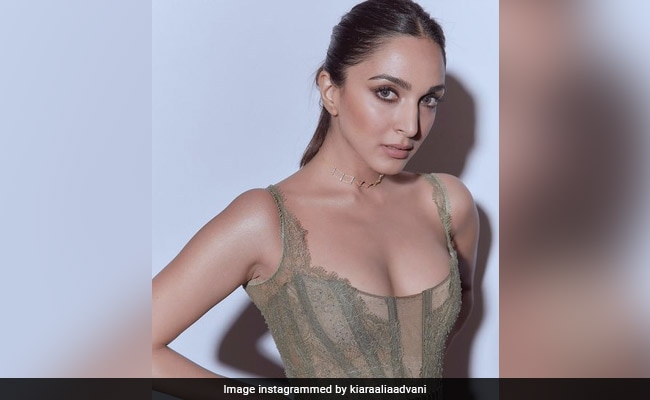 Kiara Advani has shared a stunning photo. Do we need to say anything else? Well, last night, Kiara Advani attended the GQ Awards in a nude pastel shade sheer thigh-high slit dress and she looked wow. With back-combed hair and a delicate neckpiece and nude makeup, Kiara looked stunning. She shared a photo of her look online and the post has gone viral. Janhvi Kapoor and Mira Rajput left an array of lit emojis in the comment section. Akansha Ranjan Kapoor commented, “Girl what are you,” followed by love-struck emojis. Fans have also filled the comment section with red heart, love-struck, and lit emojis. Kiara Advani’s post has more than nine lakh likes.

Currently, Kiara Advani is busy promoting her upcoming movie Bhool Bhulaiyaa 2. She will be seen with Kartik Aaryan and Tabu in the film. Rajpal Yadav plays a pivotal role in the film, which will release on May 20, 2022.

The trailer of the film was released a few days back and Kiara Advani had shared it with the caption, “Welcome to the Haveli. Yeh family, entertainment aur horror dono janti hai! Watch the family entertainer, releasing in cinemas on 20th May 2022!”

Check out the trailer here:

On April 21, Kiara Advani shared a motion poster of the film and introduced her character. She had captioned the post as “Meet Reet. Don’t be fooled, She’s not so sweet. #BhoolBhulaiyaa2 releasing in cinemas on 20th May, 2022!”

Bhool Bhulaiyaa 2 is a horror-comedy helmed by Anees Bazmee and co-produced by Bhushan Kumar, Krishan Kumar, Murad Khetani, and Anjum Khetani. The film is the sequel of Akshay Kumar and Vidya Balan’s Bhool Bhulaiyaa, which released in 2007.