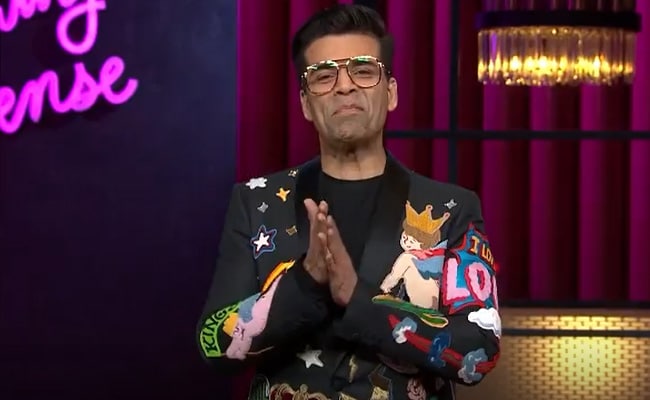 A still from the video shared by Karan Johar. (courtesy: karanjohar)

New Delhi: Finally, Karan Johar has announced the premiere date of his upcoming show Koffee With Karan Season 7 in a new teaser on Sunday. The popular chat show will air from July 7, 2022, on the OTT platform Disney+Hotstar. The filmmaker shared a video on his Instagram handle, which showed the clip of actors Shah Rukh Khan, Priyanka Chopra, Kareena Kapoor, Ranveer Singh, Ranbir Kapoor and others from the previous seasons of the show. Towards the end of the video, Karan Johar, who is the host of the show, promises the audience that this season will be bigger, better and more beautiful.

Sharing the post, Karan Johar wrote, “Guess who’s back? And this time with some hot piping brew! #HotstarSpecials #KoffeeWithKaran S7 starts 7th July only on Disney+ Hotstar!”. Soon after Karan shared the post, his industry friends and fans flooded the comment section.

TV actor Karan Tacker wrote, “Caaant wait!,” while a fan wrote, “Finallyyyyyy”. Another fan wrote, “Yeah it’s back”. Check out the video below:

A few weeks ago, Karan Johar shared his pictures from the sets of Koffee With Karan season 7 and wrote a sweet note that read, “Started season 7 of #koffeewithkaran … it’s been 18 years since I first started this show … I can’t believe I have been Brewing this Kuppa for so long ! Thank you for all the love! Watch this space for details!”.

Rumours are rife that actors Alia Bhatt and Ranveer Singh will be the first guest on Koffee With Karan season 7. Both the actors will soon feature in KJo’s upcoming movie Rocky Aur Rani Ki Prem Kahani.

Meanwhile, on Father’s Day, Karan Johar has shared an adorable post featuring his kids – Yash and Roohi. Sharing a cute picture, he wrote, “A decision I could never have made from my heart if I didn’t have my mothers hand on my head and her relentless love,time and support…. She is the wind beneath our wings of love …. My bachas !!! What do I say there isn’t a day I don’t thank the universe for bringing Roohi and Yash into my life! Happy Father’s Day to me and to all single parents ! It doesn’t just take two to nurture ! It just takes one solid heart! I know mine is..”

On the work front, Karan Johar was recently seen as a judge on the TV show Hunarbaaz with Parineeti Chopra and Mithun Chakraborty.