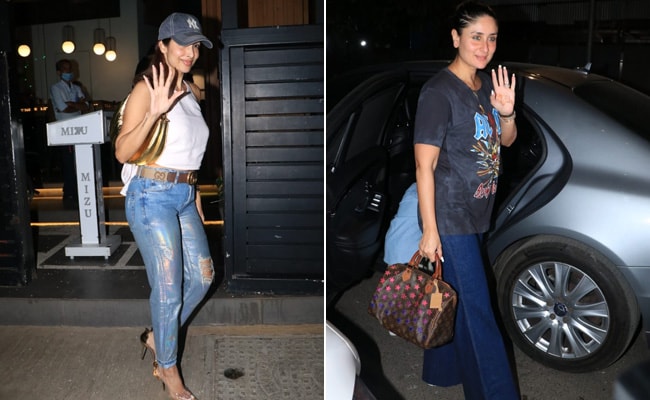 On Tuesday, Kareena Kapoor with son Taimur Ali Khan, Karisma Kapoor with son Kiaan Raj Kapoor and daughter Samaira Kapoor, Malaika Arora, Amrita Arora with husband Shakeel Ladak and kids were spotted outside restaurant Mizu in Mumbai. After recovering from her injuries, Malaika Arora has stepped out with her BFFs. In March, Malaika had met with an accident when she was returning to Mumbai. She had faced minor injuries near her eye and had returned home from the hospital after one day. This is Malaika’s second outing of this week as on April 15, she had attended Ranbir Kapoor and Alia Bhatt’s wedding bash with boyfriend Arjun Kapoor.

For the dinner, Malaika Arora opted for a casual t-shirt and paired it with blingy denim.

Check out her photo: 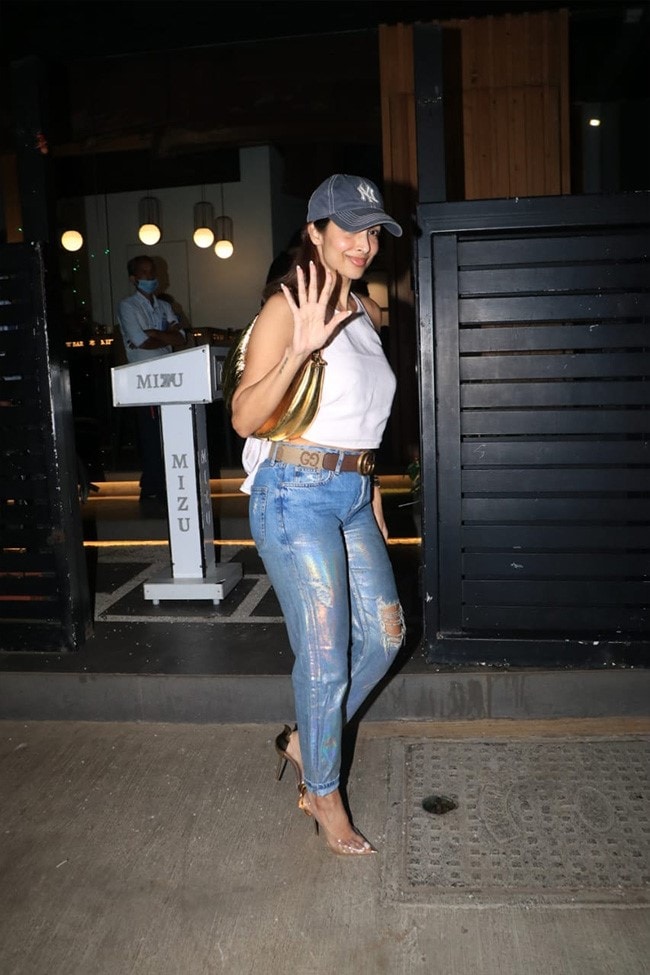 Kareena Kapoor attended the dinner with her elder son Taimur Ali Khan and she also went for a casual look and styled a loose t-shirt with pants and carried a statement bag. 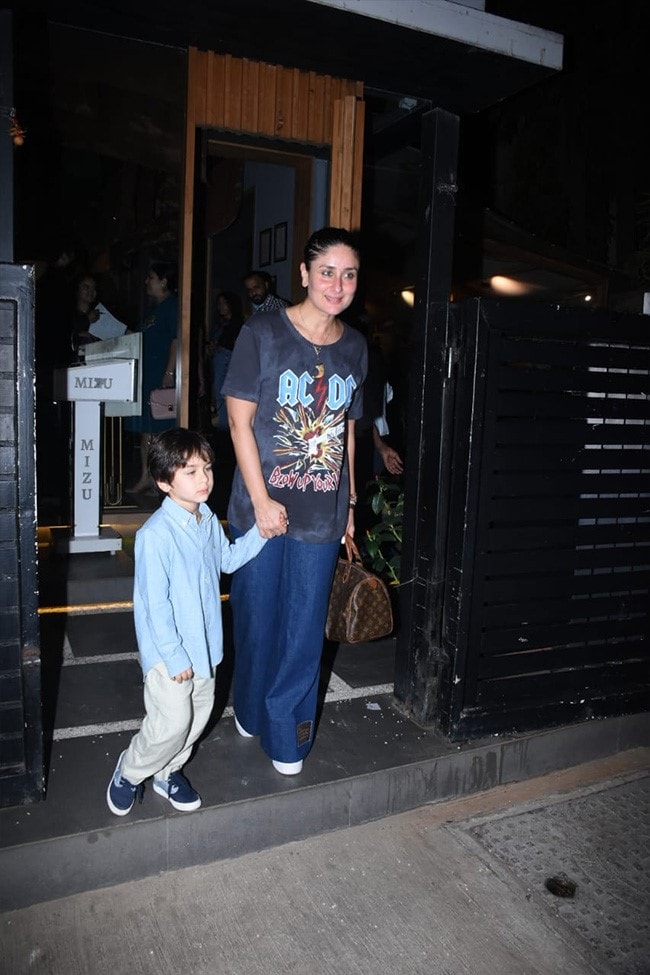 Karisma Kapoor, dressed in a baggy sweatshirt, attended the dinner with her kids Kiaan Raj and Samaira Kapoor. Malaika Arora’s sister Amrita Arora was clicked entering the restaurant with her husband Shakeel Ladak and kids. She was dressed in a sweatshirt dress and looked stunning. 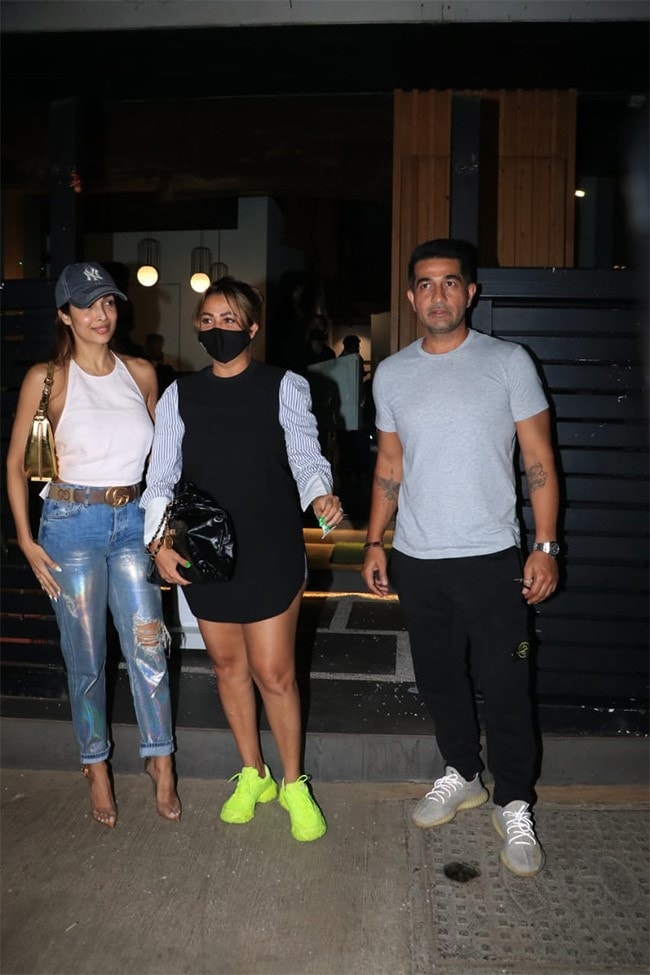 After the accident, Malaika Arora shared what she went through during that time. Sharing a photo, Malaika wrote, “The last few days and the events that unfolded have been quite unbelievable. Thinking about it in retrospect feels like a scene from a film and not something that actually happened. Thankfully, immediately after the accident, I felt like I was enveloped with the care from so many guardian angels – be it my staff, the people who helped me reach the hospital, my family who stood by me throughout this ordeal and the amazing hospital staff. My doctors ensured my safety in the most caring way possible at every step. They made me feel safe and secure instantly and I am so very grateful for that. And finally, OfCourse the love that came in from my friends, family, my team and my Insta fam was just so reassuring. Moments like these are not epiphanies but strong reminders that we must always offer gratitude to those – known and unknown – who shower you with love and good wishes at a time you need it the most.”

Malaika Arora also thanked her friends and family members for taking good care of her.

On the professional front, Malaika Arora has also returned to work. She is currently co-judging India’s Best Dancer.