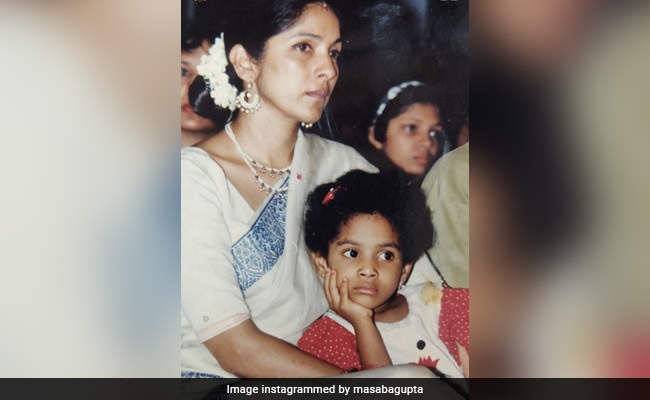 Masaba Gupta handpicked one precious picture from her family photo archives and shared it on her Instagram stories. The picture happens to be from Masaba’s childhood days and features her sitting pretty in mom Neena Gupta’s lap. The picture is just too cute. Masaba Gupta captioned it: “Make your mother proud.” Aww! Masaba is the daughter of veteran actor Neena Gupta and cricketing legend Viv Richard. Neena Gupta and Viv Richards were in a relationship in the Eighties. Viv Richards is married to Miriam while Neena Gupta later got married to chartered accountant Vivek Mehra. 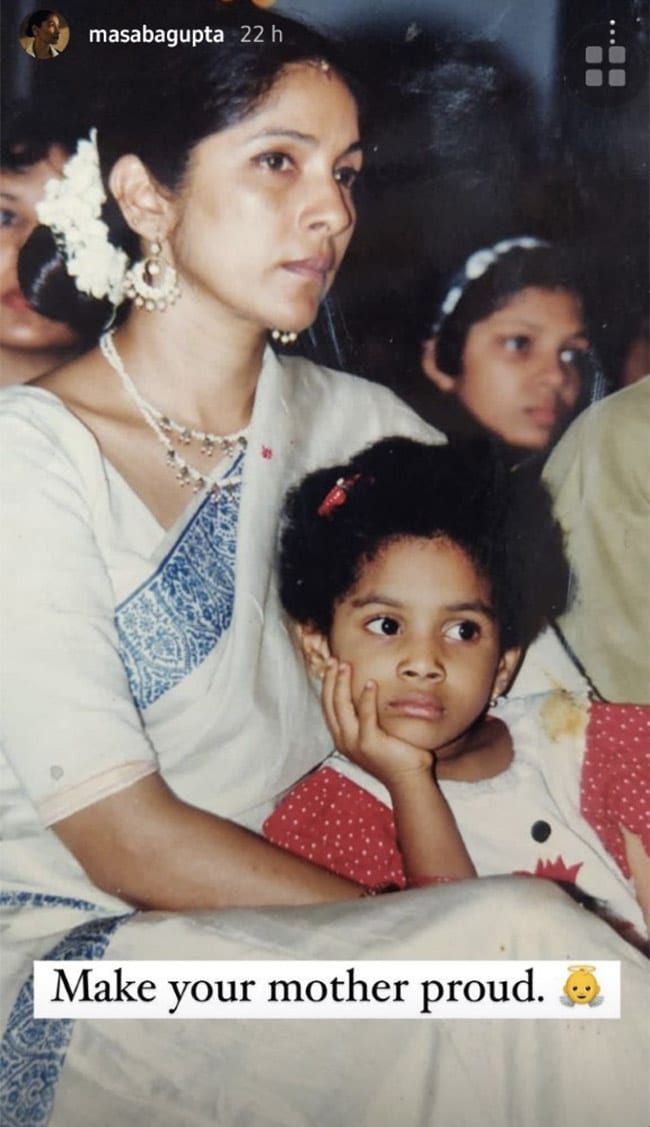 Masaba Gupta was last seen in the Netflix smash hit Masaba Masaba, a semi-fictionalised show inspired by the lives of Masaba Gupta and her actress-mother Neena Gupta. The second season of the show will release this year. Masaba also featured as one of the judges on the TV reality show MTV Supermodel Of The Year. She will soon be seen in Amazon Prime Video’s series Modern Love Mumbai. Priyanka Chopra, Alia Bhatt, Sonam Kapoor, film producer Rhea Kapoor and many other Bollywood stars, including Masaba’s mother Neena Gupta, swear by her designs.