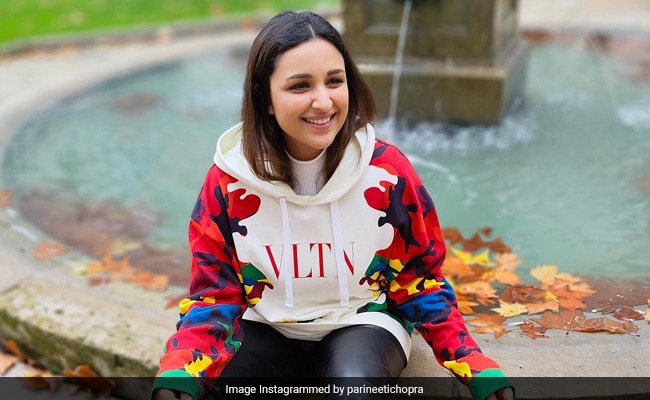 Parineeti Chopra’s latest film Uunchai has received praise from fans and critics alike. Now, the team have shared a statement requesting people to watch the film in theatres and say no to piracy. A statement shared by Parineeti Chopra on Instagram reads: “Plea to the movie lovers. We, the cast and crew of Rajshri’s “Uunchai”, would want to thank each and every one of you for the overwhelming love showered upon our film. A special shoutout to every member of the audience who went to the theatre with family and loved ones and contributed to making “Uunchai” an exclusive BIG screen experience.”

The statement further adds: “As “Uunchai” continues to run in theatres in its 4th week, we as a unit stand proud and humbled. It is the desire of our hearts to see “Uunchai” have a strong and long run at the theatres and therefore, “Uunchai” will not have an online release very soon. We gave “Uunchai“, 7 years of passion, hard work and above all love! From its conception to its release, every day, we have kept you, our audience in mind and have crafted an experience that we would want you to cherish and remember! The experience of watching a film on the big screen is simply magical! Watching a pirated version of the film on your electronic devices or delaying your watch, waiting for the film to release online, would mean robbing yourself of this magical experience.”

The statement concludes by asking people to visit the theatre. Parineeti Chopra shared the statement with the caption: “A heartfelt request from the cast and crew of #Uunchai.”

The statement has been signed by the cast and crew of Uunchai including director-producer Sooraj Barjatya, and cast members Anupam Kher, Boman Irani, Danny Denzongpa, Neena Gupta, Sarika, among others.

Previously, Parineeti Chopra had shared images and videos from the sets of Uunchai. Sharing an album, she wrote, “The moments that made Uunchai. This shoot was a once-in-a-lifetime blessing.”

Parineeti Chopra will be next seen in Capsule Gill.