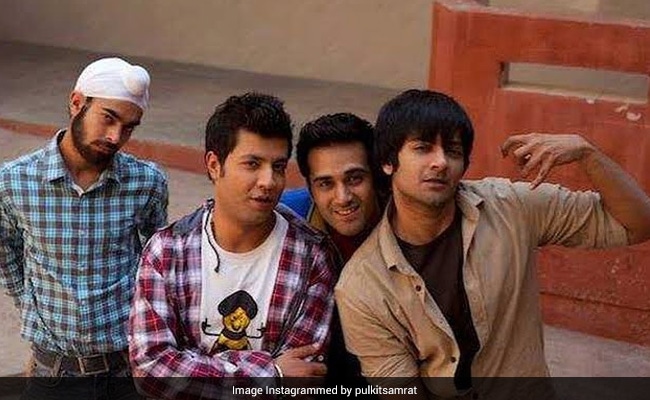 Actor Pulkit Samrat, who is set to return to the comedy franchise Fukrey with its third installment, says he is looking forward to working on the film early next year. Directed by Mrigdeep Singh Lamba, the Delhi-set film series follows four friends – played by Pulkit Samrat, Ali Fazal, Varun Sharma and Manjot Singh – who come together to make easy money. Samrat, who essays the role of Hunny who interprets Choocha’s (Varun Sharma) dreams to win a lottery, said the film’s script has been locked and the cast is excited to start shooting for the threequel. “The script is done and we had a narration. We are all super excited to go on floors. We will start the shooting early next year,” the actor told news agency PTI.

Pulkit Samrat‘s next will be Prabhu Solomon’s trilingual feature Haathi Mere Saathi, opposite Rana Daggubati. The 36-year-old actor said he had a wonderful time shooting for the project, which was simultaneously shot in Hindi, Tamil and Telugu. “I’m playing the character of Shankar in the Hindi version of the film. My character is played by Vishnu Vishal in Tamil and Telugu versions. The best part about this film was that we shot all the three versions simultaneously. I would do my shot for Hindi and move aside. Then, Vishnu would come to shoot the same scene for Tamil and Telugu versions. Sometimes, I would like his shot for the other two versions better and would reshoot my scenes. It was a fun process,” Samrat said.

Haathi Mere Saathi is about a man, played by Rana Daggubati, who fights for the jungle and the animals. The movie was scheduled to be released in theatres earlier this year but was delayed due to the coronavirus pandemic. Pulkit Samrat said the team will be announcing a new theatrical release date soon. “This film will be definitely released in theatres. We are all excited to announce a release date soon for it,” he added.

The actor most recently starred in Bejoy Nambiar’s revenge drama Taish, which is currently streaming on Zee5.

The View Milind Soman Wants To Wake Up To Every Morning. Pics Inside

After Recovering From COVID-19, Kriti Is Busy Getting Her “Strength Back”