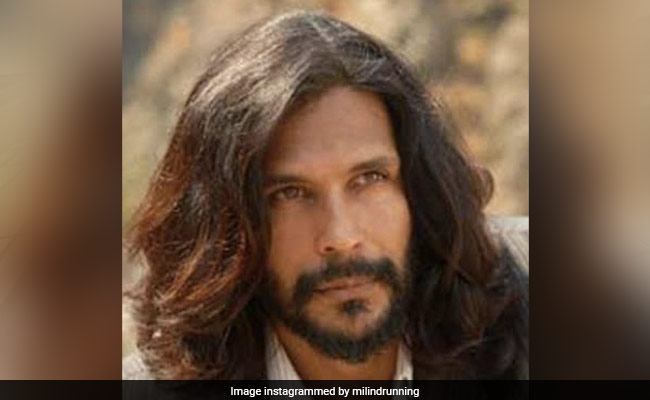 Milind Soman, who often updates his Instagram feed with priceless memories from his work diaries, did something similar on Sunday. The model-actor shared a picture from the last time he coloured his hair for a “professional assignment.” In the throwback photo, Milind Soman can be seen sporting long hair and beard. The picture was clicked in 2009, as per the actor’s caption. “2009! I think this was the last time I coloured my hair, for a professional assignment,” he wrote in the post. Fans of Milind Soman can’t get enough of his latest post. “Most handsome Indian man,” commented a fan while another wrote: “This look is lit!”

Milind Soman’s Instagram profile is nothing less than a treasure of throwback pictures of the actor for his fans. He has shared several looks of himself from his modelling days, that too with interesting anecdotes. Take a look at some amazing black and white old pictures of young Milind Soman:

Last year, Milind posted a picture from when he was 13 and wrote: “Me at age 13. I wouldn’t say the features are extraordinary but I always did have a good jawline, thanks to my genes. Good skin, good hair and good health came from swimming twice a day in the neighborhood municipal pool…Another and most important advantage of good genes is common sense, which like any other genetic advantage we are born with, we lose if we don’t use!”

In terms of work, Milind Soman is best-known for featuring in the music video Made In India. He has also starred in films such as 16 December, Rules: Pyaar Ka Superhit Formula, Say Salaam India and Bajirao Mastani. He was last seen in web-series Paurashpur. He has co-judged two television shows – India’s Next Top Model and Supermodel Of The Year.

‘Bell Bottom’ Teaser: Akshay In A Thrilling “Throwback To The 80s”

Meet Priyanka Chopra, “Updo Expert.” How Do You Like Her Hair?