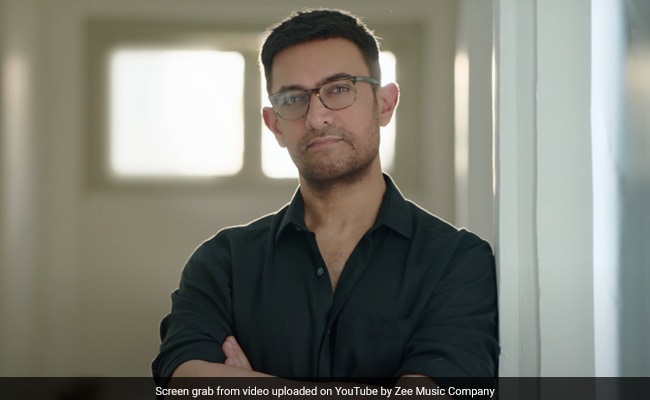 Monday began with the release of Kajol and Revathy’s Salaam Venky trailer. The film showcases the story of a doting mother (played by Kajol) and her son named Venky (played by Vishal Jethwa) as they navigate through every challenge that life and circumstances throw their way. The trailer is replete with emotional moments. Another highlights of the trailer certainly has to be a cameo appearance by superstar Aamir Khan, who appears at the end of the video and just looks deeply into the camera, sans a word being spoken. Fans couldn’t keep calm after the trailer’s release and the many tweets reflect the jovial mood of Aamir Khan fans.

Salaam Venky marks Aamir Khan and Kajol’s third film together. They featured together in the 2006 release Fanaa. They also co-starred in the 1997 film Ishq.

Check out the tweets here:

“Aamir-Kajol after so long,” tweeted a fan. 16 years, precisely.

“Even in a cameo Aamir Khan promises to steal our hearts,” read another tweet.

Even in a cameo #AamirKhan promises to steal our hearts. https://t.co/utVEcyoHra

“Totally what I lived for to see Aamir Khan, Kajol,” wrote another Twitter user.

Totally what I lived for to see #AamirKhan#kajol#salaamvenky#SalaamVenkyTrailerpic.twitter.com/OCr8OKsP1S

“Aamir Khan and Kajol after so long they will be together again. Super excited for this movie to come,” added another.

#AamirKhan and #Kajol after so long they will be together again Super excited for this movie to come #AamirKhan#Kajol#SalaamVenkyTrailerpic.twitter.com/FjQ86dDaAD

The eldest of all yet the youngest of all.#AamirKhan aging backwards #SalaamVenkypic.twitter.com/DFPfE9smm1

Check out the trailer of Salaam Venky here:

Sharing the film’s trailer on social media, Kajol wrote: “Get ready to live life Venky size. Salaam Venky trailer out now. Releasing on 9th December in cinemas near you.”