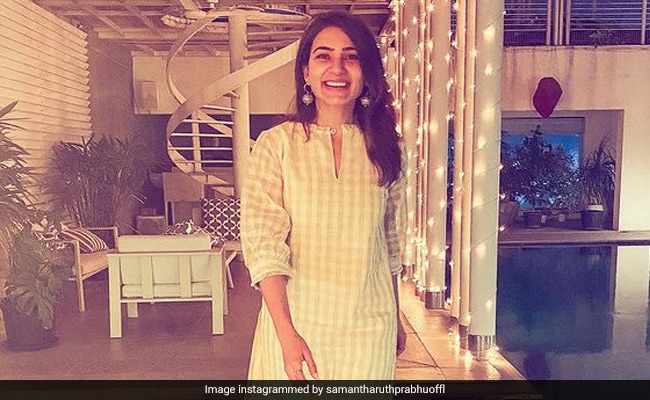 Samantha Ruth Prabhu and Naga Chaitanya separated in 2021. According to veteran actor Murali Mohan, Samantha has now bought the house that she used to live in with Naga Chaitanya and is staying with her mother. In a video interview with Tamil Film Producers Council (TFPC), Murali Mohan, who was the couple’s neighbour, clarified rumours of Samantha receiving the house as part of alimony from Naga Chaitanya. “Samantha and Chaitanya sold their house and bought an independent house. They still lived in their old house as remodelling work was underway at their new property. When they parted ways, Samantha came back to me and offered to buy back the house,” Murali Mohan said, as translated by Indian Express.

He said that Samantha “didn’t feel comfortable and safe elsewhere” so she offered a higher price and bought the property back. “She now lives with just her mother,” he said.

Murali Mohan shared that he had built a multi-floor house to live with his brother and son, but when Naga Chaitanya saw the property he convinced the actor to sell one of his houses to him. It became Samantha and Naga Chaitanya’s new house after marriage.

Talking about how the couple’s separation was a shock for him too, he said, “Samantha and Naga Chaitanya were a perfect couple. We never heard them fight. They used to spend hours together at the gym working out. We never faced issues like them bringing their friends home, blasting loud music and partying. They were very quiet. Unfortunately, I never dreamed of them separating. I was shocked when I got to know about that.”

Recently, Samantha made her debut on Karan Johar’s Koffee With Karan 7and revealed that the worst rumour she heard about herself was – “that I took Rs 250 crore in alimony.” She added, “Every morning I woke up waiting for income tax officials to show them there’s nothing. First, they made up the story about alimony. Then they realised it doesn’t seem like a believable story.” In the episode, in which she shared the couch with Akshay Kumar, Samantha said there was a rumour about a prenup too.

Samantha Ruth Prabhu and Naga Chaitanya fell in love after being paired for the film Ye Maaya Chesave in 2010. They dated for several years and got married in October 2017. Just before their fourth wedding anniversary, they announced their divorce in a joint statement in 2021.