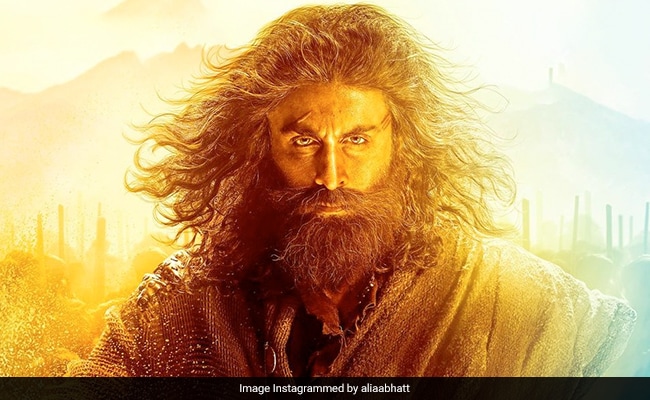 Finally, after a long wait, the makers of Ranbir Kapoor’s Shamshera have officially unveiled the first look of the actor, along with the release date of the movie. Helmed by Karan Malhotra, the film will hit the theatres this year on July 22. Excited Alia Bhatt shared the poster on her Instagram handle and wrote, “Now that’s a hot morning .. I mean .. good morning”. In the poster, Ranbir is in a rugged look sporting long hair and a full-grown beard with a deep scar on his right eyebrow. Also, in the poster, he can be seen holding a weapon. Ranbir Kapoor created a heavy buzz on the internet on Sunday after his first look from Shamshera was leaked on the internet.

Announcing the release date, Yash Raj Films (YRF) wrote, “Introducing Shamshera – the fierce warrior & the saviour of his tribe. Experience it in @IMAX in Hindi, Tamil & Telugu. Celebrate #Shamshera with #YRF50 only at a theatre near you on 22nd July.”

Introducing Shamshera – the fierce warrior & the saviour of his tribe. Experience it in @IMAX in Hindi, Tamil & Telugu. Celebrate #Shamshera with #YRF50 only at a theatre near you on 22nd July. pic.twitter.com/QUzDQVckPv

Produced by Aditya Chopra under Yash Raj Films, the periodic action drama also stars Sanjay Dutt, Vaani Kapoor and Ashutosh Rana in pivotal roles. In the film, Ranbir Kapoor will play a larger-than-life role for the first time. The film will release in three regional languages Hindi, Telugu and Tamil and will mark Ranbir’s return to the big screens after his blockbuster hit film Sanju, which was released in 2018.

Meanwhile, on the work front, Ranbir Kapoor also has Ayan Mukerji’s Brahmastrawith Alia Bhatt. The film is slated to release on September 9, 2022.