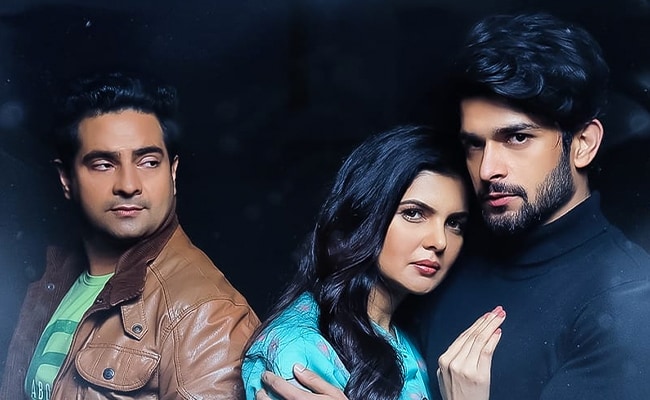 T-Series has always been at the forefront of the music industry in the country and across the globe. On the other hand, singer, Jubin Nautiyal has proven his mettle time and again, by delivering super hit tracks. Put together the two powerhouses and you have a win-win combo! The two have collaborated yet again for another soulful track titled, Kachiyaan Kachiyaan, with the music composers Meet Bros, featuring Karan Mehra, Ilhana Dhillon and Amardeep Phogat.

Directed by the talented Navjit Buttar, the heart wrenching song has released on the T-Series YouTube channel and will have you gripped to its story line in a jiffy. The soulful track’s story line traces the journey of three people who are caught in the middle of a love triangle. The track is shot on a grand scale and to have actors such as Karan Mehra, Ilhana Dhillon and Amardeep Phogat surely adds to the charm of yet another beautiful song by T-Series.

Speaking on the song, T-Series head head Bhushan Kumar says “Jubin Nautiyal soulful voice combined with beautiful lyrics by Kumaar is definitely a delight to ears! Not just that the song is also a visual treat as Navjit Buttar brings out the best in actors with apt visuals.”

Adds Jubin Nautiyal “It’s always great to collaborate with Bhushanji. The tracks that he produces always have a great story line, a melody that is easy to get hooked onto and beautiful lyrics. Kachiyaan Kachiyaan was a very interesting song for me to record for and after seeing the final outcome with the video, I am elated to be a part of this number.”

Says Karan Mehra, “This song takes listeners through a journey of different emotions that one goes through when in love and I am happy to reunite with Ihana once again on this soulful track.”

Adds Ihana Dhillon, “A heartwrenching, relatable love story unfolds in Kachiyaan Kachiyaan. I look forward to the audience’s reaction to the song and would like to thank Bhushanji and T-Series for this opportunity.”

Says, Amardeep Phogat , Kachiyaan Kachiyaan is a beautiful track and will keep you hooked on till the end. It was a pleasure working with Bhushan sir, Karan and Ihana on this track and the experience of filming it has truly been memorable.”

“The brief Bhushanji gave us for this song was to make it like no other. It took us a while to figure out the right tune to the storyline and we thoroughly enjoyed composing this song. Jubin’s vocals and the actors performance has really brought out the true essence of the song and Kachiyaan Kachiyaan is surely going to be on everyone’s playlists! We can’t wait for the audience’s reaction.” say the music composers, Meet Bros.

Navjit Buttar, the director says, “This song contains a wide range of emotions, and the actors’ performances have captured the core of the story. Adding to it the melodious vocals by Jubin is the icing on the cake. Bhushan ji is a visionary and it was great collaborating with him and the team again!”

Bhushan Kumar’s T-Series brings to you, Kachiyaan Kachiyaan sung by Jubin Nautiyal with music by Meet Bros. The song is directed by Navjit Buttar, features Karan Mehra, Ilhana Dhillon and Amardeep Phogat and the lyrics are written by Kumaar. Catch the song on their YouTube channel now.