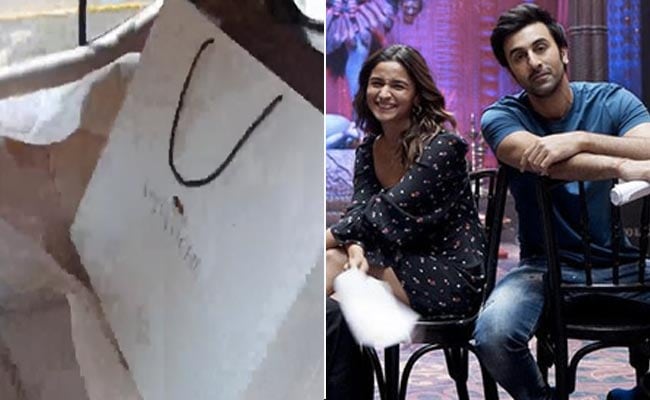 Ranbir Kapoor and Alia Bhatt will reportedly get married at the end of the week, and preparations seem to be in full swing. Today, decorators were spotted arriving at the actor’s house, and now in the afternoon, a taxi was snapped entering the residence, which had several Sabyasachi carry bags in the backseat. The bags reportedly contain Ranbir and Alia Bhatt’s wedding outfits. The couple has remained tight-lipped about their rumoured wedding, but after seeing all this, we can say that soon we might hear the big announcement.

In the video, a cab can be seen entering Ranbir Kapoor’s apartment complex, and in the back seat, we can see several Sabyasachi bags.

Check out the video of Ranbir Kapoor Apartment below:

Hours back, several workers were seen unloading a truck filled with types of furniture outside Ranbir Kapoor’s residence.

Check out the video below:

The reports are doing rounds that Alia Bhatt and Ranbir Kapoor will wear outfits designed by Sabyasachi on their wedding day. The couple has picked pastel shades for their wedding outfits.

Besides this, Alia Bhatt will reportedly wear Manish Malhotra creations at the other wedding functions.

Ranbir Kapoor and Alia Bhatt’s wedding ceremonies will reportedly start on April 13 and continue until April 17. The couple will follow in Rishi Kapoor and Neetu Kapoor’s footsteps and have a traditional Punjabi wedding. Sangeet, mehendi and cocktail party will take place at RK Studio, while their wedding will happen at Ranbir’s Vaastu house. If this report turns out to be true, then this wedding will be one of the biggest weddings of the year.

So, are you all excited?