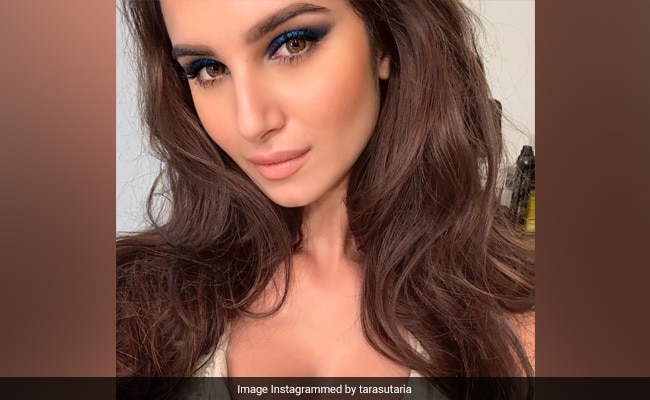 Tara Sutaria is one young star who oozes old-world charm. While there is a sense of mystery and allure around her, the star’s social media posts often offer a glimpse into her fun, goofy side as well. On Monday, we saw Tara keep it real on social media when she shared two pictures in an “Instagram Vs reality” post. In the first image which is a selfie of the actress, Tara is seen in a full face of makeup with glitter eyeshadow and nude lipstick. The second image in black and white features the actress fast asleep. In the caption, she wrote, “Accurate representation of Instagram vs reality.”

This is not the first time Tara Sutaria has shared an “Instagram Vs Reality” post. A few weeks ago, the actress posted two images. In the first, she is her usual glam self. In the second, Tara is seen making a funny face on the makeup chair.

Recently, Tara Sutaria posed in a glamorous golden dress sending Instagram into a tizzy. Looking pretty as always, she mentioned in the caption, “A kiss to build a dream on.” Replying to the post, actor Abhimanyu Dassani said, “Stara!”

During the promotions of her recently released film Heropanti 2, Tara Sutaria put her best fashion foot forward and enthralled the audience in a range of ensembles. A case in point is this black and gold co-ord set which was the star’s ode to the 80’s. In the captions, she said, “Feelin’ the 80’s.”

On the work front, she will be seen in Ek Villian Returns with John Abraham, Arjun Kapoor, and Disha Patani.

Arjun Calls Malaika “Shopaholic” In This Pic From Their Paris Vacation