Tejasswi Prakash and Karan Kundrra pose with the new car

Actress Tejasswi Prakash is now the proud owner of an Audi Q7 in white. The Bigg Boss 15 winner was accompanied to an Audi showroom in Mumbai by boyfriend Karan Kundrra where they took delivery of Tejasswi’s new ride. Pictures show the actress, all dressed up in black, holding a pooja thali and anointing her new Audi with a swastika. Karan, dressed far more casually, takes photos. Balloons can be seen in the frame – the showroom was clearly decorated in celebration. 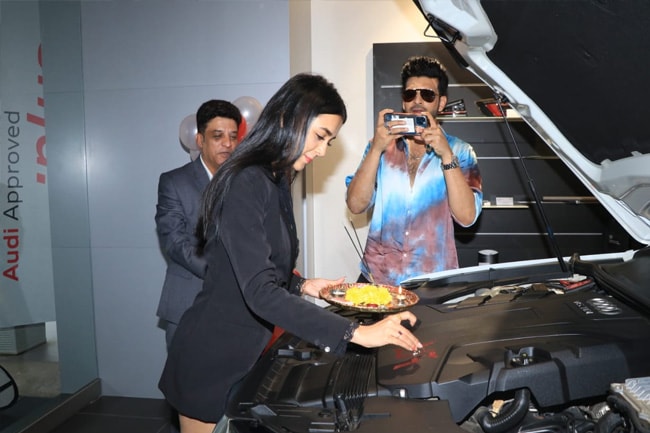 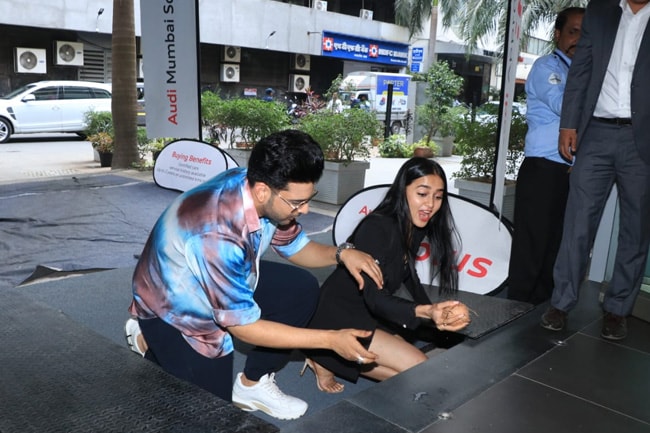 Tejasswi Prakash with the coconut, helped by Karan Kundrra

Tejasswi and Karan then took selfies with the new car and posed for photos. 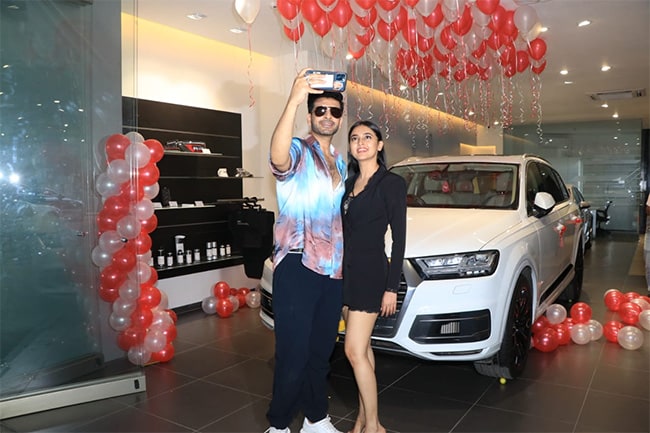 Tejasswi and Karan take a selfie Tejasswi and Karan pose with the new car 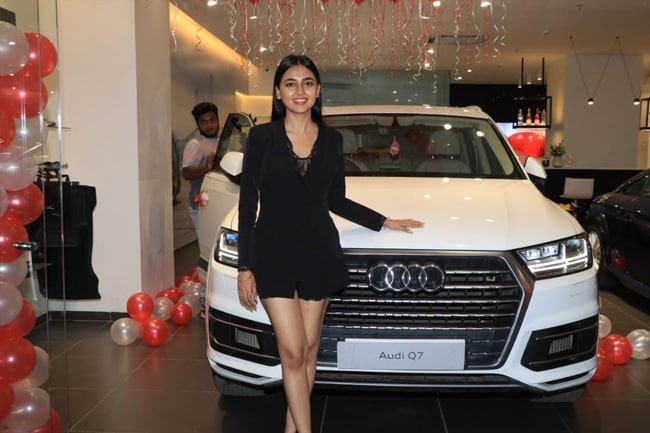 Tejasswi Prakash, all smiles, with her Audi Q7

Tejasswi and Karan then drove off in their new ride, with the actress at the wheel.

Tejasswi Prakash and Karan Kundrra began dating after contesting together on Bigg Boss 15 which she won. Last week, the actor was filmed at Mumbai airport berating paparazzi for having invaded his girlfriend’s privacy. It’s not a joke, he said furiously before making the photographers apologise to Tejasswi on speaker phone. Tejasswi had been mobbed by paparazzi earlier with the cameras become intrusive.

Tejasswi Prakash, 28, debuted in the show 2612 and appeared on Sanskaar – Dharohar Apnon Ki. She was cast as the lead on Swaragini – Jodein Rishton Ke Sur. She also starred in Pehredaar Piya Ki, Rishta Likhenge Hum Naya and Silsila Badalte Rishton Ka. Tejasswi will next star in the sixth season of Ekta Kapoor’s blockbuster show Naagin. Boyfriend Karan Kundrra is an MTV Roadies alumnus and has been on shows like Yeh Rishta Kya Kehlata Hai.

“I’m Perfectly Fine”: Shruti Haasan On Rumours About Her Health