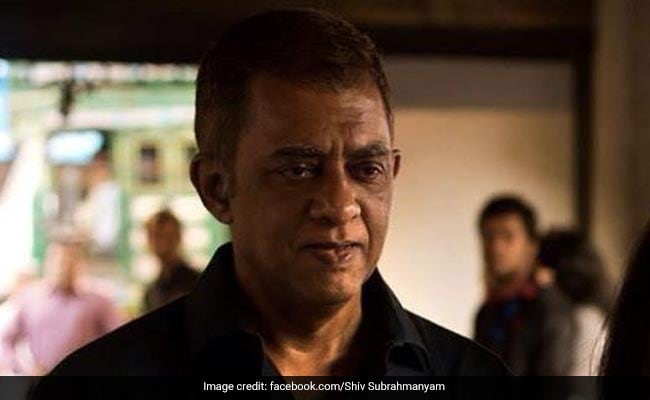 Shiv Subrahmanyam was credited for writing the screenplay for the 1989 film ‘Parinda’.

“Extremely shocked and pained to know about the tragic demise of our dear friend, a great actor and a brilliant human being Shiv Subramaniam. My heartfelt condolences to his wife Divya. May God give you enough energy to face this tragedy,” Ashoke Pandit’s tweet read.

The cause of death is not known at the moment.

Subrahmanyam was credited for writing the screenplay for the 1989 film ‘Parinda’, and for Sudhir Mishra’s ‘Hazaaron Khwaishein Aisi’. He also won many hearts with his role as Alia Bhatt’s father in ‘Two States’. He was last seen in Netflix’s film ‘Meenakshi Sundareshwar’.

The last rites of the veteran actor were conducted in Mumbai’s Andheri on Monday morning.

Filmmaker Hansal Mehta mourned the Subrahmanyam’s death and shared the details of his funeral on Instagram. According to his post, Subrahmanyam’s cremation ceremony will take place from 11 am onwards.

“The funeral will leave from Shishira, Yamuna Nagar, Lokhandwala Back road, Andheri West at 10 am, 11.04.2022. The cremation will be at 11 am at Mokshdham Hindu Shamshanbhoomi, Ceasar Rd, Amboli, Andheri West, Mumbai, Maharashtra 400058,” Hansal wrote.

He also extended his heartfelt condolences to Subrahmanyam’s family members.

“With profound and heartfelt grief, we wish to inform you of the passing of one of the most dignified and noble souls to inhabit human form – our dearest Shiv Subrahmanyam. Incredibly talented, he was much loved and revered personally as well as professionally. We extend our heartfelt condolences to his wife Diyya, her mum, dad, Rohan, Rinki, and family; Bhanu chitti and all of Shiv’s family; and his huge legion of friends and fans,” Mr Hansal wrote.