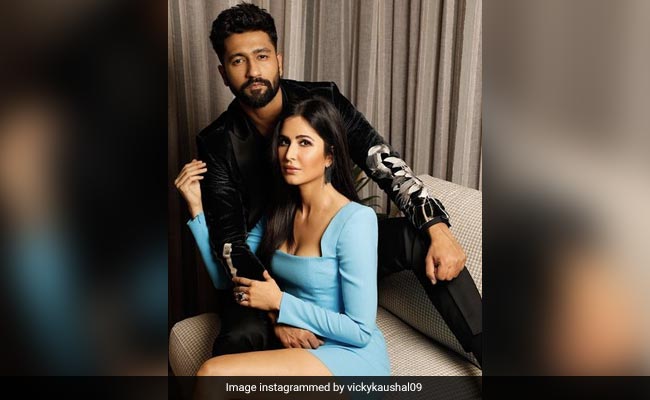 Vicky Kaushal and Katrina Kaif often set the internet on fire whenever they feature on each other’s Instagram profiles. The couple had an intimate yet big fat wedding in Rajasthan in December last year, which was attended by their family and close friends. Now, in a recent interview with Hello! magazine, Vicky opened up about his feelings for his wife Katrina and how he is fortunate to have her in his life. He also praised her intelligence and called her a compassionate person.

Vicky Kaushal said, “Katrina is a great influence in every aspect of my life. I’m very fortunate to have found a life partner in her because she’s an extremely wise, intelligent and compassionate person. I learn a lot from her every single day.”

It is the first time Vicky Kaushal has publicly spoken about his relationship with his wife, Katrina Kaif. The couple keeps their fans updated with their lovey-dovey posts. Last month, the two jetted off to a tropical destination and shared some breathtaking posts.

Katrina Kaif shared a picture of herself with Vicky Kaushal, enjoying a ride in the sea. Sharing the picture, she captioned it with several emoticons. Check out below:

Here have a look at some adorable posts:

Meanwhile, now, the couple has returned to work and is busy shooting for their respective projects. Vicky Kaushal has several films in his kitty- Sam Bahadur Govinda Naam Mera and Laxman Utekar’s untitled with Sara Ali Khan.

Katrina Kaif, on the other hand, has Merry Christmas with Vijay Sethupathi, Tiger 3 with Salman Khan and Farhan Akhtar’s directorial Jee Le Zaraa with Alia Bhatt and Priyanka Chopra.