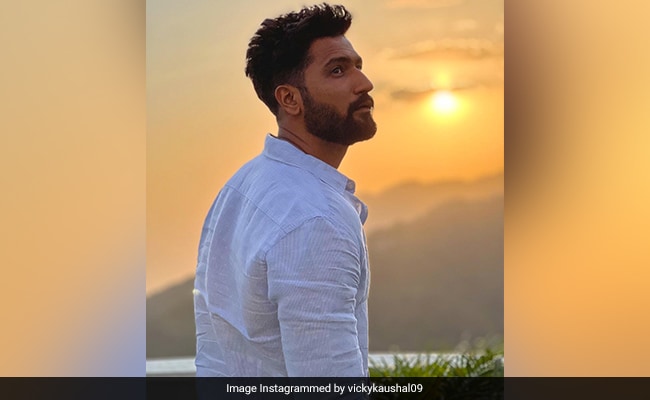 Vicky Kaushal cannot get enough of the mountains and Mussoorie in particular. The actor, who has been shooting for his next project at the popular hill station, seems to be having a tough time saying goodbye to the location. So impressed is the Uri star by Mussoorie that the actor has dedicated his latest Instagram video to the hill station. The clip begins with visuals of Mussoorie, followed by Vicky walking down the streets of the town as fans throng the sidewalks and cheer him on. Vicky is also seen obliging fans with a quick conversation, autographs and selfies.

Sharing the video, Vicky Kaushal wrote, “Mussoorie. Thank You for being so loving and breathtakingly beautiful. Leaving my heart behind in the mountains. See you soon.” He also added a mountain, clapboard and heart emoticons.

While in Mussoorie, Vicky Kaushal has been treating fans to several pictures and videos of the picturesque locations. Over the weekend, the actor shared a photo of himself in the lap of nature, with the Sun peeking through in the background. Also seen at a distance is a lake and a range of hills. Sharing the photo, the star limited the caption to just mountain and heart emoticons.

Before that, Vicky Kaushal was spotted spending some time admiring the hill station from a cosy vantage point.  In the caption, he said, “Dil bhi kahi hai paharo main, thora sa kahi hai kinaro main [A part of my heart is in the mountains and the other half is somewhere near the shores].” Reacting to the post, the actor’s Sam Bahadur co-star Fatima Sana Shaikh said, “Wow”.

Vicky Kaushal, who appears to have a packed schedule, has an impressive roster of upcoming films. He will be seen in Meghna Gulzar’s Sam Bahadur, Laxman Utekar’s untitled project and Shashank Khaitan’s Govinda Naam Mera.