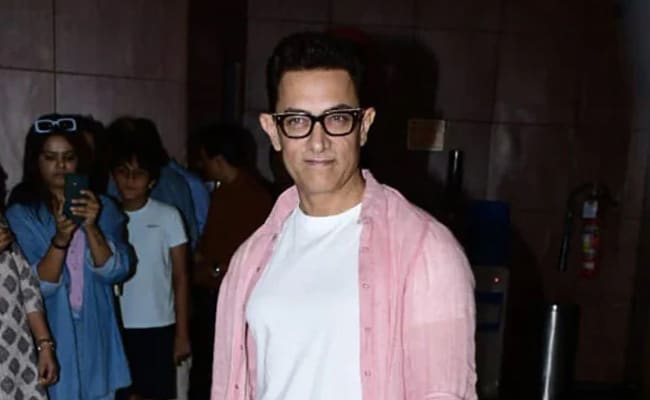 Aamir Khan pictured at an event in Mumbai.

Aamir Khan, during a recent media interaction, opened up about his upcoming project – a film called Champions that he is producing. The actor, during the session, stated that he was supposed to star in the film. However, now he will only be producing the film. The actor added that he wants to take a break from acting for a while, stated news agency ANI. “When I am doing a film as an actor, I get so lost in that that nothing else happens in my life. I was supposed to do a film after Laal Singh Chaddha called Champions. It’s a wonderful script, a beautiful story, and it’s a very heartwarming and lovely film. But I feel that I want to take a break, be with my family, with my mom, my kids,” said the actor, stated ANI.

The actor revealed that this is the first time that he is taking a break from acting in his 35-year-long career. He added, “I feel I have been working for 35 years and I have single-mindedly been focused on my work. I feel that it’s not fair to people who are close to me. This is the time I feel I have to take some time off to be with them, and actually experience life in a different way. I am looking forward to the next year, year-and-a-half in which I am not working as an actor.”

Aamir Khan’s last release Laal Singh Chaddha, became the target of Twitter boycott trend. The boycott trend against the film began after a section of the Internet dug out Aamir Khan’s 2015 interview bits, where he said that his ex-filmmaker wife Kiran Rao had suggested they move countries because of “growing intolerance.” The film had an underwhelming box office collection.

Meanwhile, the actor surprised his fans with a cameo appearance in Revathy’s Salaam Venky trailer, starring Kajol in the lead role.

(With inputs from ANI)