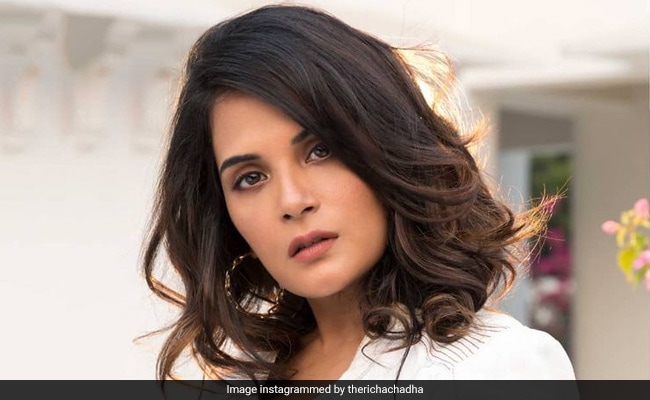 Actress Richa Chadha’s new film Madam Chief Minister has become controversial even before release. The first poster of the film, now retracted, was accused of stereotyping the Dalit community – the word “untouchable” was used on the poster which showed Richa’s character holding a broom. The 34-year-old actress has also reportedly received threats of violence over the controversial poster – it takes more than threats to slow Richa Chadha down, however. In a tweet shared with a clipping of a news report on a politician threatening to cut of the actress’ tongue, Richa wrote: “Hum nahi darte.” Read Richa’s tweet here.

Meanwhile, actress Swara Bhasker extended support to Richa Chadha on Twitter and wrote: “This is absolutely shameful and to be condemned in no uncertain terms. You can have ideological issues and problems with a film but this is criminal intimidation and incitement to violence. Ambedkarites, Dalit feminists and just sane people- stand up and call this out!” She added the hashtag #NotOk” to her tweet. Read Swara’s tweet here.

The first poster of Madam Chief Ministerwas officially retracted after it caused a furore. Later, Richa Chadha said on Instagram that the poster was “rightly” criticised and that it was a “regrettable and completely unintentional oversight.” Read her post here:

The trailer of Madam Chief Minister, which deals with caste and gender, released earlier this month and it showcases the story of a young woman from a village who rises to power into the world of politics by challenging the patriarchy and casteism. The film has been directed by Subhash Kapoor, who is best known for making Jolly LLB. Check out the trailer of Madam Chief Minister here:

Actor Shaheer Sheikh And Ruchikaa Are Married: “A Forever Adventure”