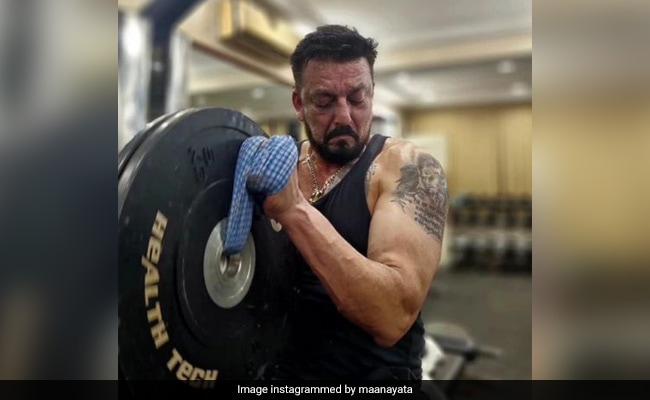 Sanjay Dutt, at the age of 63, is redefining fitness goals and how. On his 63rd birthday on Friday, his wife Maanayata shared a picture of the actor from the gym. She accompanied the picture with a birthday note that read: “Happy birthday my rockstar! Keep rocking and inspiring as always and ever! #endlesslove #love #grace #positivity #dutts #beautifullife #thankyougod.” Sanjay Dutt married Maanayata in the year 2008 and the couple are parents to 10-year-old twins Shahraan and Iqra. The actor was earlier married to Richa Sharma, who died of brain tumour in 1996, with whom he has daughter Trishala. She stays with her grandparents in the Unites States Of America. Maanayata produced the 2019 film Prassthanam.

In terms of work, Sanjay Dutt has had a super busy year. Earlier in 2022, he starred in KGF: Chapter 2, co-starring Yash and Raveena Tandon. The multilingual project was a huge hit. He also starred in Shamshera, with Ranbir Kapoor and Vaani Kapoor. He also featured in another Yash Raj Films’ project – Prithviraj with Akshay Kumar, Sonu Sood and Manushi Chhillar.