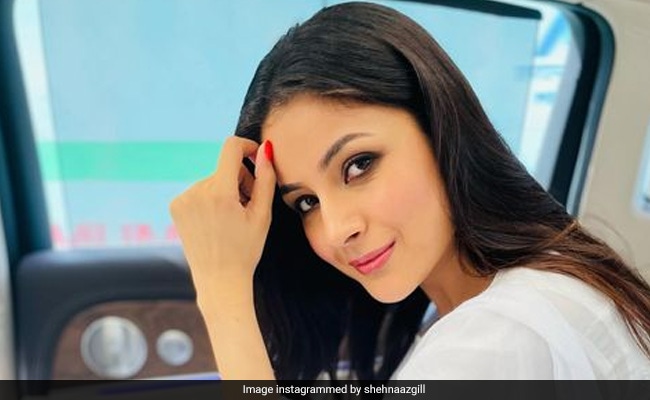 In a new video released by Netflix India, Shehnaaz Gill and Masaba Gupta tossed fan questions at each other only to get hilarious answers. The clip is uploaded as a means to promote the second season of fashion designer Masaba Gupta’s show Masaba Masaba. The season began airing on July 29. Masaba’s first question for Shehnaaz goes: “Why is Shehnaaz called Sana?” To this, the Bigg Boss fame said that her parents named her Shehnaaz at birth but ended up with another name, Sana, because apparently, they knew that the first name was going to be a “brand” so Sana was meant to be a “casual” name.

The next question was for Masaba: “Is Masaba Gupta, Neena Gupta’s sister?” To this, the designer said, “Sister, friend, daughter. Everything.” Masaba Gupta is actress Neena Gupta and cricket icon Sir Viv Richards’s daughter. “Why is Masaba Gupta famous?” – was another question asked by Shehnaaz directed at the designer. While she was reluctant to answer out of sheer shyness of praising herself, Shehnaaz encouraged her to go ahead.

Masaba then read out another question for Shehnaaz: “Will Shehnaaz marry me?” The actress had a hilarious reply. She said that it is difficult to tolerate her if anyone marries her. “Agar fans puch rahe hain, toh haan thik hai. Bhejo apba bio data. Mujhe jhelna bahut mushkil hai. I am not a good listener. Meri 24 ghante taarif karni padegi, kitni der karega. Kyu puch rahe hain ‘marry me’ pakh jaoge. Mere sath marriage wale plans mat karo. 24 ghante meri baate karni padengi aur agar mere baare mein baat nahi karoge toh mein nikal jaungi apne raste.(If fans are asking then okay. Send your bio data. But I have to say, I am very difficult to deal with. I am not a good listener. You have to listen to me talking for 24 hours and you also have to say good things about me. Why are you even asking me for marriage? You’ll get tired of me. You’ll have to keep hearing me talk for 24 hours and if you don’t talk about me, I will walk away).

The video features other hilarious questions by fans for the two actresses. Shehnaaz was also asked who she would cast if a show was based on her life, to this, she took Pankaj Tripathi’s name. For the role of her sister, Shehnaaz answered: “Kareena Kapoor.”