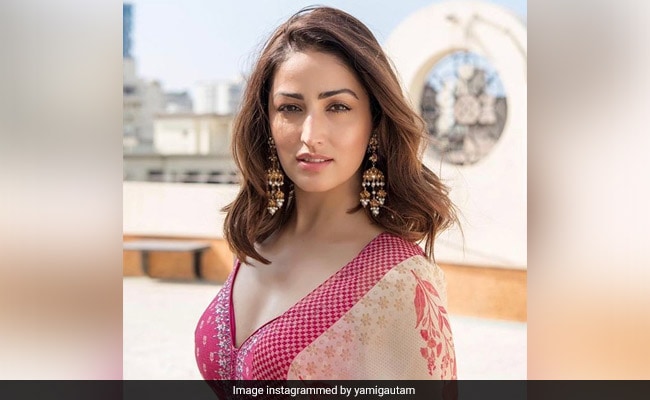 Actor Yami Gautam says it’s important for the industry to create fleshed out female characters not just in the “offbeat” cinema space but also in the big commercial money spinners. Though Yami Gautam started off with the 2012 romantic-comedy Vicky Donor, her biggest role in the comic space came only seven years later, with Bala, where she played a small-town TikTok star. The 31-year-old actor followed it up with this year’s Ginny Weds Sunny, which released on Netflix last month. According to Gautam, Bala broke the stereotype of women not being cast as comic characters and she hopes more such roles are written for actors like her.

“There are not many comedy roles written for women. Sridevi Ma’am was perhaps the only one in recent times who did commercial cinema, intense roles and comedy. I hope more such roles are given to women, not just in offbeat films. Then in the most righteous way we can talk about women empowerment in our industry, with better roles and more focus to add substance. Even if it’s a commercial film, it’s important to have something substantial to do,” the actor told PTI.

With consecutive hits starting with Uri: The Surgical Strike and Bala, Yami said she feels a “good pressure” to deliver to people’s expectations as she knows she’s “capable”. She has also received compliments her performance as the headstrong girl-next-door Ginny in Ginny Weds Sunny. The fact that the current phase has come for the actor after a series of films failed at the box office is a refreshing change.

Yami Gautam said her films choices of today are a reflection of what she wanted to do even after Vicky Donor but unfortunately things didn’t go as planned. “That phase was also important for me to learn. I wouldn’t have evolved to become the person I am today had I not gone through those experiences or how I felt during that time.”

The actor said being able to accept both acclaim and failures has made her a lot more assured person. “Today I can comfortably talk about my experiences and be comfortable with my choices and myself. I’m in a state where I’m happy when a film does well, from Uri, Bala to Ginny Weds Sunny. “If tomorrow something doesn’t do well, then also I should be at peace. This is where I’ve reached today,” she added.

Manushi Chhillar, In Holiday Mood, Shares Another Pic From Maldives