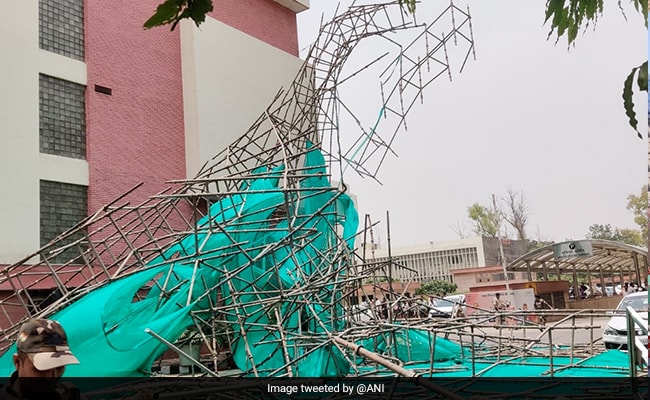 Police said the workers had gone up the scaffolding to whitewash the Nirman Bhavan building.

Two labourers were severely injured after they allegedly fell off from a scaffolding erected along the Nirman Bhavan building in Delhi, police said on Wednesday.

The two men — Alim and Faizan — had gone up the scaffolding to whitewash the building, they said.

Both of them are currently under treatment at the Ram Manohar Lohia (RML) Hospital in Delhi, they said.

The two labourers went up but they fell along with the scaffolding and got injured, the DCP said.

“Both the injured have been admitted to RML hospital and inspection of the spot is being done by a crime team. Further necessary legal action is being taken,” the officer said.