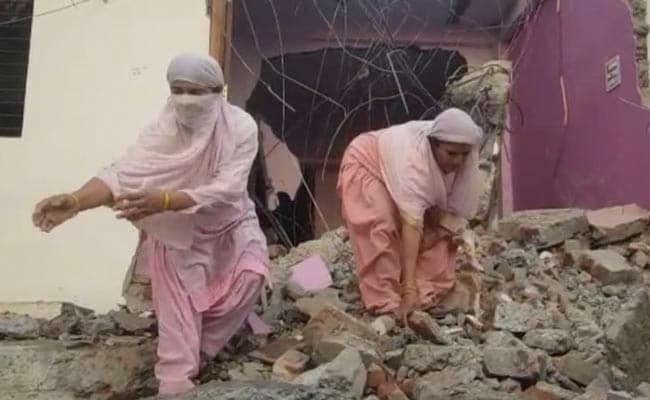 The house of one of the accused had recently been demolished by the district administration.

Three men serving jail sentences in an ” attempt to murder case ” have been named in a police case in the recent communal clashes in Madhya Pradesh’s Barwani district, raising questions about the police investigations in the rioting case. One of the men had recently witnessed the wrath of the district administration, who allegedly demolished his house citing illegal construction.

The three men, who have been in jail since their arrest last month, are accused of setting a motorbike on fire on April 10 in Sendhwa of Barwani district, one of the two districts that witnessed communal clashes on Ram Navami.

When asked about the lapse, police officials said that the case was filed based on the statement of the complainant.

“We will investigate the matter and take his information from the jail superintendent, the case has been registered on the basis of the allegations of the complainant,” senior police officer Manohar Singh said.

The three have been identified as Shabaz, Fakru and Rauf. All three are in jail in connection with an attempt to murder case registered against them on March 5.

Shahbaz’s mother Sakina has alleged that her house was vandalized after communal clashes and no notice was served to her. “The police came here, my son is in jail for almost one and a half months. He was arrested after a fight but the police came threw us out, my child is in jail so I want to ask why the FIR was registered against him. We told the policemen that he is jail but no one was ready to listen to us. We folded our hands, apologized. They have taken my younger son also,” she said.

On the instructions of the Chief Minister, the district administration and police demolished illegal buildings of those involved in the attack on Ram Navami procession on Sunday.

The authorities ran the bulldozer over about 45 houses and shops. Around 16 houses and 29 shops were demolished on Monday.

Violence broke out in Khargone and Barwani after stones were thrown at a Ram Navami procession passing through the areas.

At least 24 people, including six policemen, were injured in the violence, according to officials.