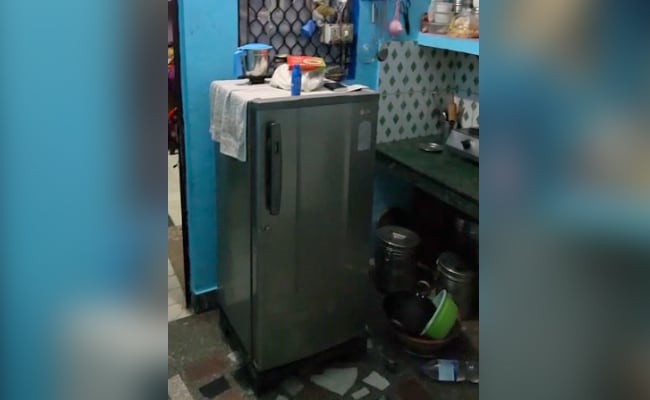 Police searched fridges in houses of a block in Kalyanpuri soon after body parts of a man, who was allegedly killed by his wife and stepson and chopped into 10 pieces, were found at the Ramlila ground opposite the east Delhi locality, residents recalled.

Forty-five-year-old Anjan Das was killed by Poonam (48) and Deepak (25) on May 30 and some of his body parts were found stuffed inside a bag at the ground on June 5, according to police.

“When police found some chopped body parts sometime in June at the Ramlila Ground, their first needle of suspicion was on this block (which faces the ground) as it was closest from the spot of recovery,” Sikander Singh, a resident of Block-20, said.

The 50-year-old said every day police used to visit houses and ask people if they had a refrigerator. “They came to my house too and after going through food items, they asked if I owned any additional fridge. They also asked me if I had got a foul smell from any house in the area. To this, I answered no. They hardly searched any other part of the house,” Singh said.

Singh, who is a local property dealer, informed that there are about 500 houses in Block-20 and there are many such blocks in the area. “You can imagine how massive the search operation was but they didn’t get anything from here,” he said.

Other residents, who did not want to be named, recalled similar experiences of how their fridges were checked.

Das was killed in Pandav Nagar, another east Delhi colony, and the accused had dumped body parts in different areas in the eastern part of the national capital, including the Ramlila Ground in the Kalyanpuri area.

Over the next few days, since June 5, Das’s legs, thighs, skull and a forearm were recovered following which a case was registered under Indian Penal Code sections 302 (murder) and 201 (causing disappearance of evidence and giving false information) at the Pandav Nagar Police Station, police said.

The mother-son duo after dismembering his body had stored the pieces in a fridge before dumping them, they said.

Parveen, 25, who works as a cleaner at the Sanjay Lake metro station, narrated his experience during the searches.

“They (police) came to my house too. They used to randomly stop the passersby and ask them the purpose of visiting the area. Residents of the area cooperated,” he said.

Probe in the area was being conducted by the Crime Branch of the Delhi Police along with beat constables and local officials.

When the ghastly details of the Shraddha Walkar murder case started coming to the fore earlier this month, police also probed if the body parts were hers. But it was later found that these pieces belonged to a man that is Das.