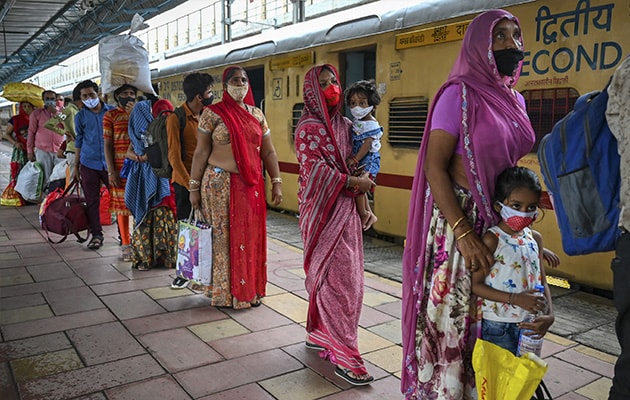 86.64 per cent of people in the Greater Mumbai area have COVID-19 antibodies – meaning they have been exposed to the coronavirus at least once – according to the results of a sero-survey conducted between August 12 and September 9 in anticipation of a third wave of infections.

Scientists continue to emphasise the use of face masks and hand sanitisers when in public, as well as maintaining social distance, particularly with the holiday season around the corner.

The survey – the fifth by the Mumbai civic body so far – studied 8,674 samples collected via systematic random sampling from all 24 city wards, as well as from people visiting municipal dispensaries and doctors’ offices in slum and non-slum areas, respectively.

65 per cent of samples were from people who had received at least one dose of a vaccine. Sero-prevalance, or presence of antibodies, was detected in 90.26 per cent of this group.

Among unvaccinated participants, sero-prevalence was detected in only 79.86 per cent, reinforcing scientists and medical experts’ pleas to people to get vaccinated against the virus.

20 per cent of samples were from healthcare workers. Sero-prevalance was 87.14 per cent.

The survey indicated no significant difference between slum and non-slum populations – 87.02 per cent to 86.22 per cent. In both cases levels are higher than earlier surveys.

There is also no statistically significant difference in sero-prevalence between populations in Mumbai City and those in its suburbs.

There is, though, a slight difference between men and women; sero-prevalence among men is estimated at 85.07 per cent compared to 88.29 per cent among women.

The results of the fourth sero-survey in Mumbai – conducted between April 1 and June 15 – revealed that over 51 per cent of the city’s paediatric population had Covid antibodies.

“There is a notable increase in the sero positivity in the paediatric population to SARS-CoV-2 (the virus that causes COVID-19) in this study,” the BMC had said.

The March survey – the third – showed 39.4 per cent antibodies for the below-18 age group.

Last week Mumbai Mayor Kishori Pednekar said: “… the third-wave is not coming… it is here” and urged people to practice extreme caution while celebrating this festive season.

Mumbai recorded a peak of over 11,000 cases per day during the second wave this year but won accolades for the way it recovered and curbed infections.

But experts and city officials are concerned the forthcoming festival season – which includes Diwali next month – could trigger another wave of cases, something the city’s already-creaking medical infrastructure might not be able to handle.