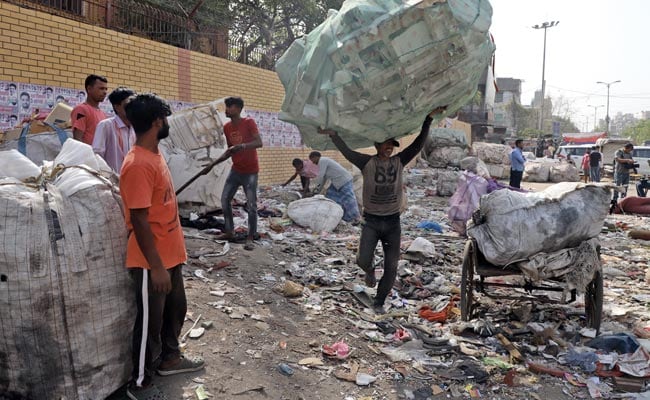 As the anti-encroachment drive in Delhi continues at nine different locations, South Delhi Municipal Corporation Mayor Mukesh Suryan on Tuesday assured that no street vendor or poor people should be worried as “no harm will be caused to them”.

“I would like to clarify that no poor person should be worried. Municipal corporations will not cause harm to anyone. This fear is for the limited leaders who come from AAP and Congress who have encroached on government lands. This is their fear. No street vendor or stall vendor should be scared,” the Mayor told ANI.

Talking about the return of bulldozers from Shaheen Bagh after the locals protested during the drive yesterday, Mr Suryan said that no locals protested and “it was Aam Aadmi Party’s MLAs along with their goon who came to the site.”

He informed that an FIR has been registered against AAP MLA Amanatullah Khan under sections 186, 353 and 334 of the Indian Penal Code.

“Their propaganda obstructed the work of municipal corporations. The public has seen it all and has admitted to a major encroachment and has asked for some time to vacate it,” the Mayor said, adding that time of eight days has been given to clear encroachment.

“If it doesn’t happen within eight days, then again the bulldozer, which we have placed on the border, will be sent,” he said.

Mr Suryan told ANI that several areas have been marked for the drive as people have complained about them.

“Today, the anti-encroachment drive is taking place at around nine locations. The good thing is that the people of Delhi have welcomed it. Everyone wants the road to be widened and the situation to get better,” he said.