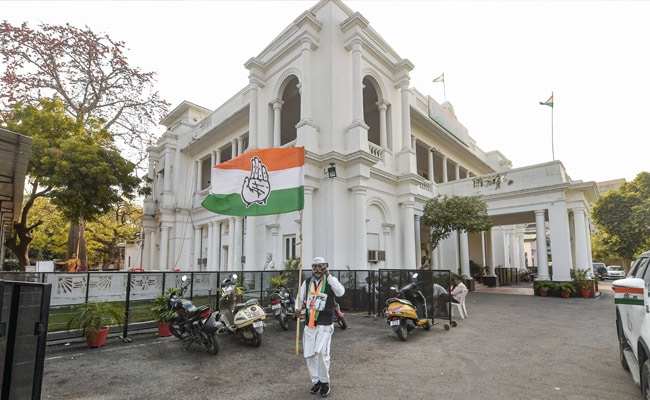 Security in and around the Delhi Congress office has been cranked up. (Representational)

Just a few metres away from the Aam Aadmi Party (AAP) office where preparations for celebration are in full swing, Delhi Congress office wears a deserted look as the party headed for another drubbing in the MCD election.

The party seemed to have no hopes pinned on the results, as no leader or worker was seen at its local office, Rajiv Bhawan in Rouse Avenue.

However, security in and around the Delhi Congress office has been cranked up to ensure no untoward incident occurs.

AAP and BJP offices, on the other hand, were a study in contrast, where party workers and leaders started gathering early as trends forebode a close fight between the two.

The high-stakes election to the 250 wards of the Municipal Corporation of Delhi (MCD) was held on December 4, sealing the electoral fate of 1,349 candidates in voting machines.

A voter turnout of 50.48 per cent was registered in the elections.

The results of this election, largely touted as a three-cornered contest among a spirited AAP, a confident BJP, and a hopeful Congress, may have ramifications beyond the national capital.

Both the AAP and the BJP have exuded confidence that they will emerge victorious in the polls, as the Congress seeks to regain lost turf.