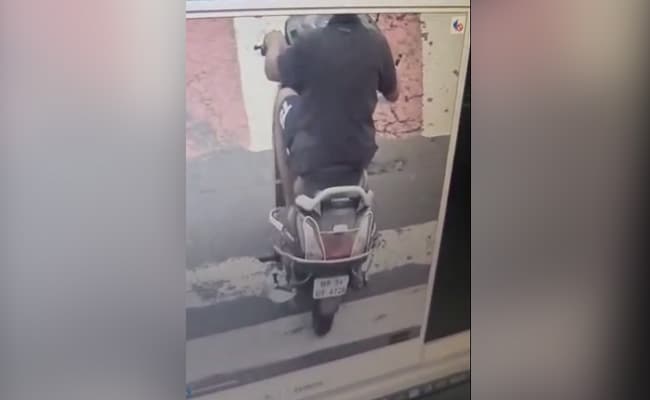 Nishank Rathore, 21, was seen riding a scooter in traffic camera footage about an hour before he died.

Investigators have found no link between the death of Bhopal engineering student Nishank Rathore – whose body was found on rail tracks last Sunday – and a message about “insult to Prophet” that he’d sent to his father just minutes earlier. He jumped in front of a train due to depression as he was neck-deep in loans taken from instant-loan mobile apps besides other sources, officials told NDTV.

There were fears that it could be yet another murder over support to since-suspended BJP leader Nupur Sharma, whose comments about Prophet Mohammed and Islam sparked a violent chain of events. But that’s been ruled out. Cyber forensics played a key role in unravelling the case.

A traffic camera showed Rathore, 21, on a scooter about half an hour before his father got three back-to-back messages from him. The last message at 5.44 pm, in Hindi, mentioned how certain right-wingers justified murder with the refrain “there is just one punishment for affront to the Prophet — head severed from the body”. He had posted a similar message on his Instagram account too. His body was found at 6.10 pm.

The inquiry has now found that Rathore had taken loans from some people and at least 18 online platforms or apps. “On June 23, a day before the suicide, he had borrowed Rs 50,000 from his sister to pay his college fee, but did not actually pay it,” an SIT official said. His phone had apps for cryptocurrency trading too, sources told NDTV.

No one had used Rathore’s phone — found near the body — after his death, the probe found. The device was protected by fingerprint-password and was last unlocked at 6.02 pm, just before he died.

The post-mortem report said he died of injuries due to being run over by train, the Grand Trunk Express.

Rathore was from Seoni-Malwa in Hoshangabad district and was studying at a private college in Bhopal.