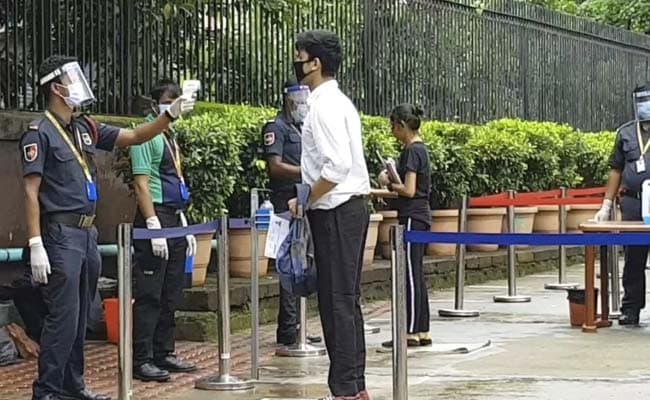 Bihar Lok Seva Aayog on Sunday announced that the 67th Combined (Preliminary) Competitive Examination of Bihar Public Service Commission will be cancelled in view of the ‘question paper leak’ and the matter is under investigation.

“Exam to be cancelled after a 3-member committee submitted a report in connection with 67th Combined Competition Exam. DGP Bihar has been requested to get the ‘question paper leak’ matter probed by Cyber Cell”, Bihar Lok Seva Aayog.

An investigation has been ordered by the Bihar Public Service Commission after reports that question papers were being sent via messaging services WhatsApp and Telegram and later came out on social media platforms.

According to the commission, questions were leaked from an examination centre just before the exam was scheduled to start at 12 noon.

Meanwhile, a ruckus broke out at Arrah’s Kunwar Singh College with students alleging the use of phones by a section of students during Bihar Public Service Commission on Sunday.

“They (college officials) told us that our exam will be delayed but made some students give exams in two separate rooms with doors shut,” said a protesting student.

“There was some issue in the exam for Bihar Public Service Commission (BPSC). Candidates having an issue can file a written complaint, we will compile it and send it to BPSC. The final decision will be taken accordingly, but no exact info on the issue”, said Bhojpur DM Roshan Kushwaha.

Over six lakh candidates were to sit for the Bihar Public Service Commission on Sunday.