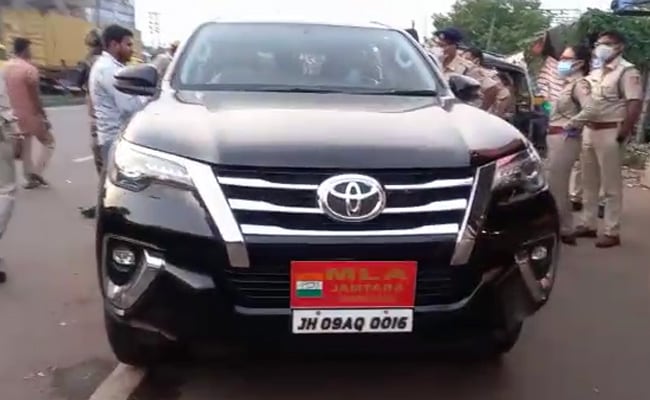 The SUV with the board ‘Jamtara MLA’ in which the MLAs were travelling with the cash, as per police.

After three Congress legislators from Jharkhand were detained in Bengal with “a huge amount” of cash in their car, the party sought to link it with the BJP, saying that the three leaders were given money to make the state government fall. The BJP, however, said the money is proof of corruption in the Jharkhand Mukti Morcha-Congress alliance government.

There was no response yet from the MLAs — Irfan Ansari from Jamtara, Rajesh Kachhap from Khijri, and Naman Bixal Kongari from Kolebira — who were being questioned by the Howrah Rural police about the source of the money. To know the exact amount, note-counting machines will have to be used, officials said.

“It is in the BJP’s nature to try and destabilise any government that’s not theirs. The same has been done against CM Hemant Soren’s government,” alleged Bandhu Tirkey, Working President of Jharkhand Congress, “The only reason the MLAs were given money is to make the government fall.”

In the 82-member assembly, the JMM (30) and Congress (17) have 47 members — just above the majority mark — besides support from some others. The BJP is main Opposition with 25 members, as per the Vidhan Sabha website. 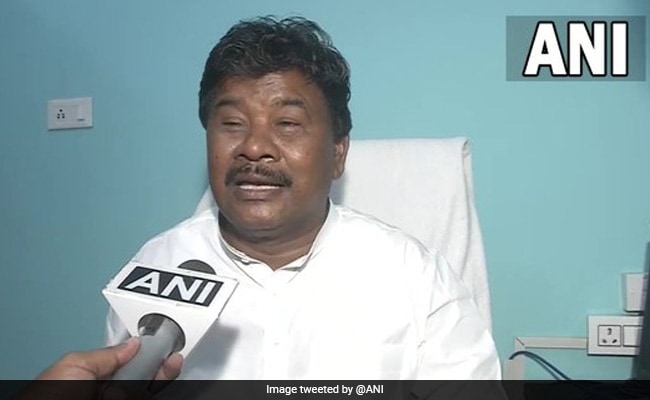 “The game plan of ‘Hum Do’ in Delhi is to do in Jharkhand what they did in Maharashtra by installing E-D duo,” he wrote. The government in Maharashtra was recently changed after a Shiv Sena rebel group — backed by the BJP — unseated Uddhav Thackeray. The Congress and NCP were partners in the toppled government.

Jharkhand BJP General Secretary Aditya Sahu, however, said the money is proof of JMM-Congress corruption. “Ever since they came to power, corruption is on the rise. They use public money for other purposes,” he told news agency ANI.

Dilip Ghosh, a senior BJP leader from Bengal, linked the Howrah action with “investigation against corruption” in Jharkhand.

1.2 Recently, Congress has been opposing CBI, ED! Corrupt parties like Congress, Trinamool are trying to escape from crime by opposing the investigating agencies. ED’s investigation against corruption has already started in Jharkhand.

Even before the parties in Jharkhand had reacted, Bengal’s ruling Trinamool Congress tweeted about “murmurs of horse-trading and the possible toppling of the Jharkhand government”. Some leaders from Mamata Banerjee’s government — recently stung by piles of cash linked to arrested party leader Partha Chatterjee in a job scam — had also poked the Enforcement Directorate (ED), asking if action would be taken against those who aren’t from the Trinamool.

Chief Minister and Trinamool boss Mamata Banerjee had recently accused the BJP of trying to force a change of government in Jharkhand after the recent change in Maharashtra. The BJP had not reacted specifically to that.

But in his tweet today, Dilip Ghosh appeared to rubbish the allegations about the ED and Jharkhand, as he wrote: “Corrupt parties like Congress, Trinamool are trying to escape from crime by opposing the investigating agencies.”