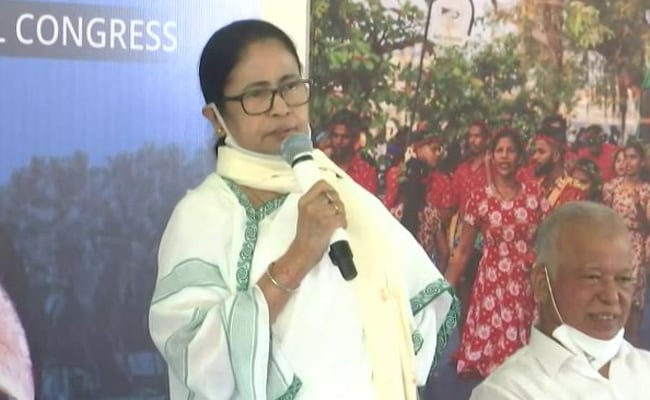 The BJP is trying to corner the Mamata Banerjee government over the farmers’ issue in Bengal. (File)

West Bengal BJP launched a three-day sit-in at Singur on Tuesday to corner the Mamata Banerjee government over the farmers’ issue in West Bengal.

Earlier on Tuesday, BJP leader and leader of opposition in West Bengal Suvendu Adhikari had said a big farmers’ movement will take place in the state.

Speaking to ANI, Mr Adhikari had said, “West Bengal’s condition is bad. There is black marketing of fertilizers and no subsidy on electricity. Three farmers have died by suicide within two months. Mamata Banerjee removed the Pradhan Mantri Fasal Bima Yojana and implemented a third-party scheme. This impacted the farmers badly. A big farmers’ movement will take place in Bengal. There will be a central rally.”

Speaking to ANI, Mr Bista on Wednesday said that the MSP of paddy is Rs 1,800 but farmers are being given Rs 1,200.

“Kisan Samman Nidhi should have been given to 72 lakh people but only 26 lakh people are getting it in West Bengal. TMC uses the fund given by the Centre for the welfare of farmers in its election campaign,” he added.