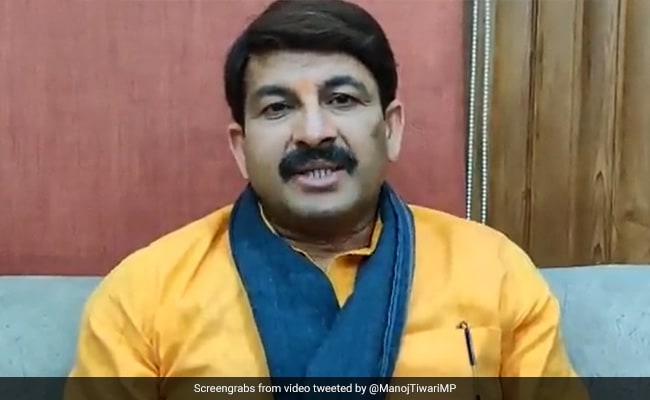 With elections to the Municipal Corporation of Delhi (MCD) barely three weeks away, political point-counterpoint between rivals BJP and Aam Aadmi Party (AAP) is at a fever pitch. Both parties said they were confident of winning a majority.

Speaking to NDTV today, Manoj Tiwari, former president of the BJP’s Delhi unit said he was confident of his party winning more than 150 seats in the 250-seat MCD.

Earlier in the day, Delhi Deputy Chief Minister and AAP leader Manish Sisodia had told NDTV that his party would win 230 seats in the forthcoming polls.

Elections to MCD are scheduled to be held on December 4. Results will be declared on December 7. BJP has been in power in MCD for the last 15 years.

“This time, BJP will win more than 150 seats,” Mr Tiwari, who is the sitting BJP MP from Northeast Delhi, said while commenting on his party’s chances.

The issue of garbage accumulation on the streets and neighbourhoods of Delhi has long been a topic for political slugfest between rival parties. While Mr Sisodia alleged that BJP had left Delhi in a “mess” with mounting garbage, Mr Tiwari refuted his allegations, claiming that BJP had “helped reduce the height of the garbage ‘mountain’ by 65 feet under adverse conditions”.

Mr Sisodia had earlier alleged that the BJP-led municipal corporation had taken out garbage from the Ghazipur landfill site and dumped it in nearby areas to “give an impression” that its height had come down.

Mr Tiwari claimed today: “We removed 412 garbage dumps from the streets of Delhi.”

Accusing Delhi Chief Minister and AAP’s National Convenor Arvind Kejriwal of withholding funds to MCD, Mr Tiwari said: “Delhi government used to withhold our [MCD] money, but we have stopped that system. We have now ensured that funds from the Delhi government’s budgetary allocation for MCD will come directly to the municipal corporation.”

The BJP leader added: “No MCD teacher, sanitation worker or doctor will now have to sit on a dharna for their salaries.”