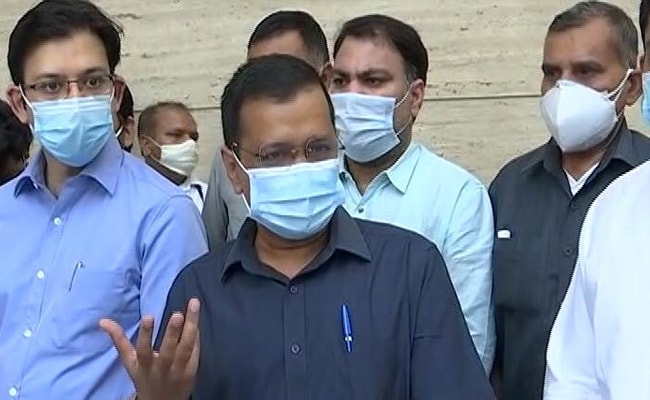 Delhi Chief Minister Arvind Kejriwal today asked the centre to take full charge of the COVID-19 vaccine procurement process and not leave it on the hands of states. He said states including Delhi have contacted companies directly for vaccines, but it has not helped.

Mr Kejriwal said India was lagging behind by at least six months in inoculating the population.

“We are approaching everyone. In our country, we have made some mistakes. We were running behind by six months before the world. India made the world’s first vaccine, we made Covishield and Covaxin. But by not planning things on time, we did not ramp up vaccine production,” Mr Kejriwal told NDTV, hours before he doubled down on the same comments at an online media briefing.

“We did not make a plan for distribution and mass vaccination, which other countries did. Today in the US, in Israel, London, a major population has been vaccinated, which is one of the reasons why their Covid situation has been controlled,” the Chief Minister told NDTV today after inaugurating the national capital’s first drive-in vaccination facility at Vegas Mall in south-west Delhi’s Dwarka Sector 14.

Mr Kejriwal said “even now a sense of urgency is needed”, and claimed that companies like Moderna and Pfizer can be given permission in India within 24 hours. “Why is it not being done?” he said.

“The centre must show a sense of urgency and take the vaccination programme on a war footing. It’s like imagine if Pakistan attempts a war on India and they (the centre) ask did Delhi make nuclear bombs? Did Uttar Pradesh purchase tanks? States are being told to fend for themselves. How will this work? It is the centre’s job to buy vaccines and supply it too,” he said.

Delhi reported 1,491 cases of coronavirus in the last 24 hours. The positivity rate in the national capital dipped to 1.93 per cent – a nearly nine-week low. According to the World Health Organisation (WHO), a Covid positivity rate below 5 per cent is considered to be within the safe zone.